Hailing from the small town of Bridlington, Jack Sedman (vocals) and Harry Draper (guitar) aka Seafret announce the release of their debut EP ‘Give Me Something’, out September 21st on Sweet Jane Recordings. The EP includes the lead single and EP title track ‘Give Me Something’. The ‘Give Me Something’ EP features five tracks, ‘Give Me Something’, ‘Explosion’, ‘Play With Guns’, ‘Did We Miss The Morning’ and an acoustic version of ‘Give Me Something’ that bookends the EP. Opening track ‘Give Me Something’ combines a heart wrenching melody laced with lyrics telling of love, loss, melancholy and ultimately despair. It is primarily acoustically driven with an ethereal backdrop that lingers in the mind and memory long after first hearing. The second track on the EP ‘Explosion’ is a swift, rousing epic whose intimate moments are mirrored by the intense ones in a perfectly balanced way. Stepping back slightly, third track on the EP, ‘Play With Guns’ really allows the listener to focus on the passion and emotion that Jack’s vocals showcase, before the sweet, organic ballad ‘Did We Miss The Morning’ and the stripped-back acoustic version of ‘Give Me Something’ rounds the EP off. First meeting at an open mic night a few years ago, the two had distinctly different levels of experience. Though a few years younger, Harry Draper was an experienced local musician; Jack Sedman, meanwhile, had quite literally only just discovered his voice.

Despite this, the pair instantly hit it off. “We wrote our own songs straight out of nowhere,” explains Jack Sedman. “I’d never written a song before. I loved music but had never written it. We clicked instantly. That’s how we learned to write: through playing and the chemistry between us.” The name Seafret, as well as being a pun on the guitar fret board, is also a local term for the two boys; it applies to the rolling mists that come in off the North Sea during summer. Now living in London, the sea is what the duo miss the most. “When you live there you take it for granted. I never missed it before.

You don’t realise what it does to you when you’re there.” Honest and captivating, Seafret’s material has a beautifully contagious feel. Writing about life as it evolves around them, the two have a rare observational eye – though young, the world is not going to pass them by. 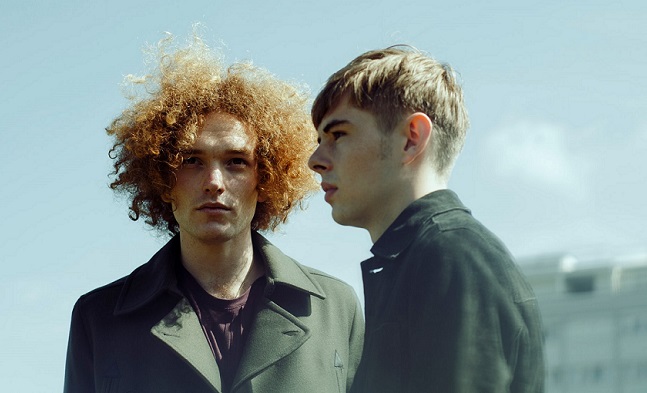