Savages are a London-based post-punk revival rock band, formed in 2011. Their debut album, Silence Yourself, reached number 19 in the UK Albums Chart in May 2013. Savages is a rock band from London and the cord singer, Jehnny Beth (real name: Camille Berthomier) is from France. The band’s guitarist Gemma Thompson had come up with the name for the band and had been discussing the idea with singer, Jehnny Beth, for almost a year. Thompson says the band’s name was derived from books, such as Lord of the Flies, that she read when she was younger. The band was eventually formed in October 2011 and they had their first gig in January 2012 supporting rock band British Sea Power. Their manager John Best also manages Sigur Ros. The Observer has said of Savages: “it’s not exactly sexy, it’s not funny and they’re not going to be rolling around in mud like the Slits. But it’s the closest thing to art that “post-punk”… has offered in a while”. The New Musical Express described their performances as “frottage-inducingly intense affairs”. The group’s first released tracks, a double A-side in June 2012, were “Flying to Berlin” and “Husbands” on the Pop Noire label. Wikipedia®. 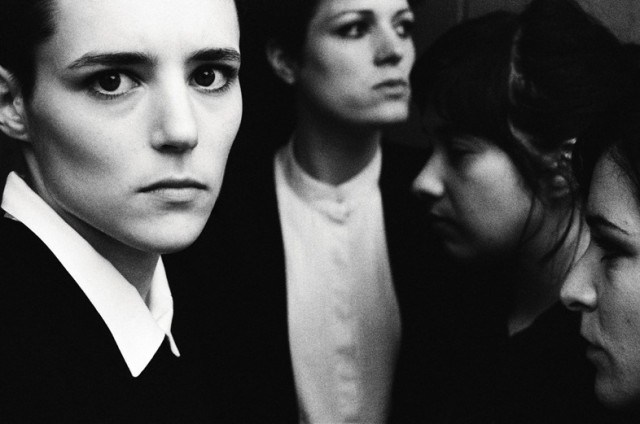