In less than ten years, Sarah Dashew has managed three critically-praised albums, successful tours, television spots, and a new full-length, establishing her as one of the music industry’s most consistent singer-songwriters. On Sarah Dashew’s latest full length, Roll Like a Wheel, one can hear her whole musical history: Texas tejano, southern gospel, and blue-eyed soul, but now wrapped up in a distinct Los Angeles flavor. You can still hear James Taylor and Janis Joplin, but there’s clearly a Paul Simon, Graceland-era spirit to the proceedings: The rhythms of her city have combined to imprint itself on the album. “More than any other city has done before,” Dashew pronounces. That and finding true and everlasting love. 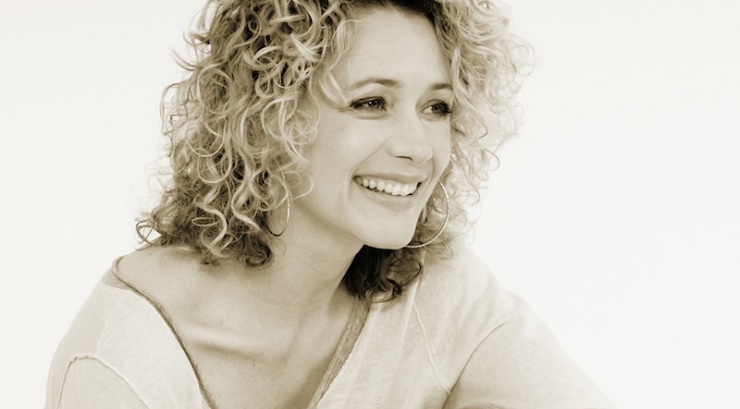 “Estas Son Las Cosas” announces itself with blaring Mariachi horns then Spanish-sung verses, a clear homage to the eastside of LA, which she calls home. “Are You Listening?” continues the Spanish singing, this time to an upbeat pop-rock number, perfect for a dance or two. Then there’s “Roll Like a Wheel,” the stand-out track (from which the album gets its name) that almost sounds like a manifesto for both the album and her brilliant musical career: Keep the wheel spinning, keep the influences coming, and never stop. Not surprising from someone who grew up sailing around the world with her family.

“Roll Like A Wheel is the culmination of my musical history thus far. It takes all my life and sounds from childhood to now, wraps it up in a package of Los Angeles flavor, and spins it into a journey of soul and spirit,” says Dashew. “Joy and healing. Reflection and anticipation. And all that comes down to love.” This insistence has earned her songs spots on the hit NBC show My Name Is Earl, inclusion in the celebrity playlist of ABC’s Ugly Betty, rave reviews of previous albums, and successful tours throughout the U.S. and Europe with the likes of Cowboy Junkies, Michelle Shocked, Suzanne Vega, and Pancho Sanchez. Roll Like A Wheel is engineered by Eric Lilavois (Saint Motel, My Chemical Romance) and will be released nationwide January 22.