Throughout the years, Saga has had one advantage over the countless aspiring rappers — a sixth sense for authenticity. The drums and samples that fuel his music are nothing short of hard hitting and carefully chosen to match the depth of his lyrics. For Saga, there is no division between commercial and underground Hip-Hop, only what’s real. His rhymes are not anti-anything. Rather, they serve as a mirror through which you and he view himself, and the world. It’s through his music, that he hopes you find ideas that resonate with yourself. Saga understands that people are multi-faceted, so he wants to appeal not just to the hustler or fighter, but also the conscious, and responsible human. 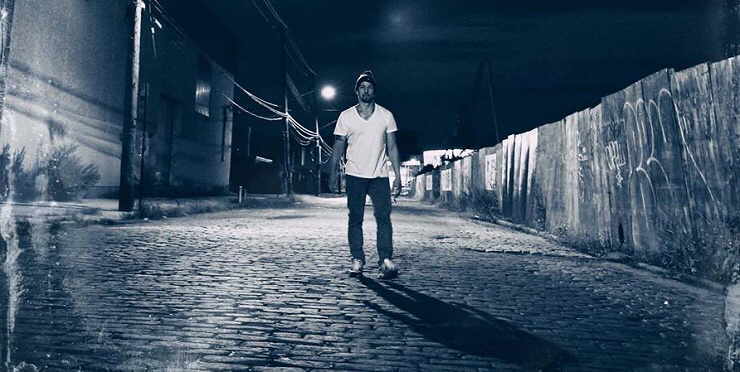 When asked how he wanted to be remembered, Saga replied with a simple metaphor. When you break up and write down what happened, you capture something that never changes. If you rewrite that story every year, the details may change, but what you feel each time remains the same. Those raw emotions that you experience when you hear Saga’s music for the first time may never go away.

It’s those very emotions that Saga has successfully been able to capture with the April 10th release of his debut effort, From Out of the Shadows. Comprised of ten tracks, produced entirely by the Brooklyn by way of Toronto beatsmith, Marco Polo, Saga at long last steps from out of the shadows to tell his story.

Rather than becoming preoccupied with the past, and worrying about the future, Brooklyn’s rising talent, Saga, knows that the only way to successfully move through life, and efficiently adapt to change, is by carefully anticipating his next move. “Eye,” the third video taken from Saga’s debut effort, ‘From Out of the Shadows,’ brings forth his efforts as an artist that can rock with both street wise hustlers, and story-rap purists. He’s a product of ’90s Boom bap culture, a style immediately showcased on this cut that puts you into the heart of the action. As he drops a barrage of lyrics over a delicate piano riff and snappy drums, produced by the Brooklyn by way of Toronto beatsmith, Marco Polo, Saga gives us a glimpse of Chinatown’s beauty, bouncing between bright open alleyways, and dark storefronts illuminated by neon signs