Soulful, sultry singing sensation Sade Serena is poised to take the pop world by storm. Birthed on September 27 to Jamaican immigrant parents, the Miami-born and bred starlet’s foray into music is inevitable, as she exhibits sheer unbridled talent framed with gorgeous looks, destined to make her a force to be reckoned with in pop music. Sade Serena fatefully entered the rhythmic realm at the tender age of 12, recording a demo with a family friend named Rhovan, after receiving much encouragement to sing for years. “Lo Tienes (You Got What I Want)” was the name of the faithful track, and although the song was never officially released as a single, it granted Sade Serena invaluable recording experience, along with her first taste of lyrical liberation. “We performed that song for summertime jams and open-call talent shows, and received a lot of love from audiences,” reveals Sade Serena. “We were like the mini Ja Rule and Ashanti.” At the impressionable age of 14, Sade signed up for choral classes and the rest is history. Starting out as a soprano was first challenging for her but with regular practice and performances, she began to develop into the songbird she is today. “I began performing at school concerts for Christmas, Black History Month and Valentines’s Day, all for fundraising,” she discloses. “The concerts allowed us to compete in state and regional competitions, and gave me taste of what I dreamed of doing for the rest of my life.” By age 17, Sade Serena was earning her stripes as a background singer, performing in renowned Miami music venues like the House of Blues and the American Airlines Arena. “As my hunger grew for my own spotlight, I started singing lead vocals for local bands at lounges such as Mangos in South Beach, and even in hotel lobbies like The Ritz Carlton.”

Maturing over the years into a seasoned singer and songwriter, Sade Serena makes music that flows from her soul. Her lyrics showcase her exuberance, intelligence and charm, as she shares a relatable narrative of pursuing her dreams, along with her everyday life experiences. “My music captures those moments in your mind that make you feel happy and confident in the real you. I want to be a storyteller and spread love with my music. I also want to be teacher and share my lessons with my listeners.” Her musical styling is a fusion of Pop and R&B, and she is greatly influenced by her father, who was himself an aspiring artist, and mother, who Sade says never fails to let the world know her daughter is a star. Her other inspirations include musical luminaries Whitney Houston, Michael Jackson, Gwen Stefani, Beyonce and Lady Gaga, all of whom captured the ears of this auspicious artist and contribute to her melodious pop sound. “I want to be currently retro, in that, I like incorporating my love for old school music, which I grew up listening to, with music that I listen to today.” Now under the management of Uprize Music, Sade Serena emerges with her first single “Tonight,” a sizzling pop-dance offering that debuted worldwide in February 2013, from Def Jam Digital Distribution. The video was shot on location in Miami and released to the masses in late February, thereby kicking off the year on some very high notes for this rising star. As she embarks on this burgeoning musical journey and casts the stones for her legacy, Sade Serene continues to finesse her skills needed to carve a niche for her gifted talents, in today’s competitive music industry. “I want to stay on top of what inspires me as an artist and as a human being, and strive to be an overall performer and entertainer, true to the definition. I also want to be a fashion icon, not just selling fashion but setting cool, hip and fun trends. But most importantly, I want to be an example of what hard work, hunger, and faith can get you.” Sade is proving to be a dynamic entertainer with her relentless work ethic and boundless creativity, which will undoubtedly propel her to the forefront of music’s fast lane. Indeed, this pop princess is paving her way, with each beat and lyric, to her very own throne. 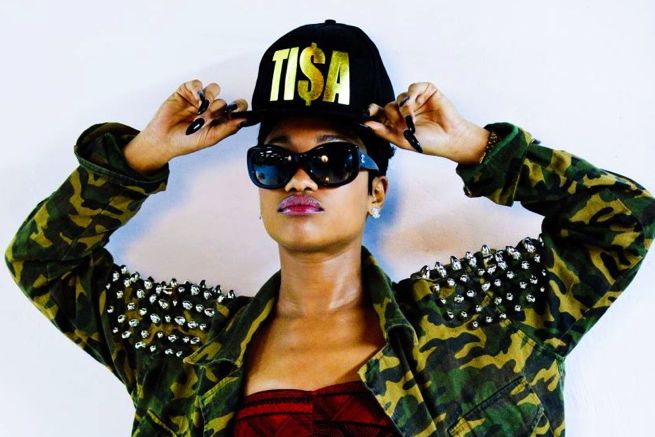