Sad Robot‘s unique enveloping and cinematic sound has enabled them to create their own voice in the indie rock scene. The band’s music has evolved over the past three years and is now being coined cinepop (cinematic pop). With a high-energy stage show and unique musical style this unsigned band has accomplished a lot in their short existence. 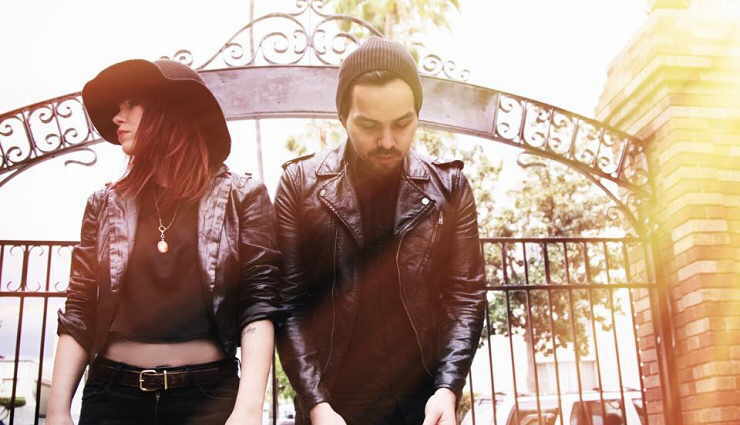 In 2011 Sad Robot released their debut album, “The Beginning of the End.” The same year, they also performed at the Staples Center as the sole musical guest for the L.A. Kings and Star 98.7/Rocco’s Music Nights. Their single “Hold On” played on KROQ’s Locals Only show for 13 consecutive weeks as well as being featured as KROQ’s Song of the Day on 5/14/2013 and again on 9/11/2013. Other songs such as “Sing” and the “Obeah Man” were featured on the 2013 Winter X Games, “Hold On” (Reprise) was the promo song on Bones season 8 (FOX), Heartland season 8 (UP), and Roxy Clothing’s July 2013 “Roxy girls who dare themselves” promo. More of Sad Robot’s music made its appearance on the Oxygen network show” Bad Girls Club” and various Indie Films.

Sad Robot: I Want You Bad

“The Los Angeles duo of Kat Pawlak and Nicolas Perez have created another album that marries the languid post-millenial sounds of Goldfrapp and Lamb with more overt pop touches—at times the new record reaches Sia levels of melodrama—that moves with grace and wallows, revels even, in sorrow and romanticism.” PopMatters.