RY X – Sweat. Ry Cuming, who goes by the name RY X, hasn’t taken the easiest path to getting his music out there, but it’s a path that shows how hard work and taking risks pays off. Cuming is an Australian born artist who wound up in LA, where he signed with Sony Music imprint Jive. He had some moderate success on the label, which released his self-titled album. However, he ended up leaving Jive for Dumont Dumont, a Stockholm based label, where he was the first signee. While an incredibly bold move, it’s worked out well, as the label and that scene are much more understanding and appreciative of his dreamlike folk. His first single from the new venture is “Sweat,” a song so breathtakingly bare that you find yourself stunned at the captivating and engrossing calmness laid before you. A song about deep, firmly entrenched passion that comes from the soul, “Sweat” consists mostly of Cuming’s heavenly vocals coupled with a lone guitar and keyboard. 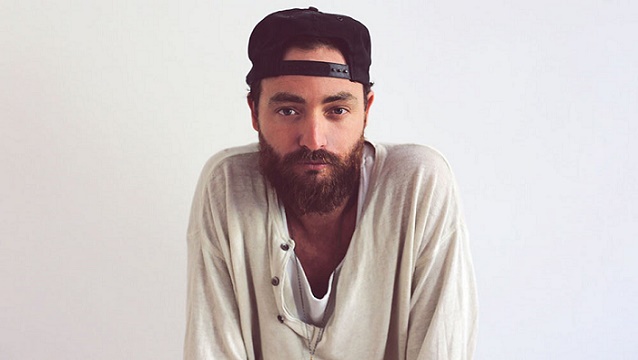 After waves of acclaim following his previous track Berlin, Ry X, lead singer of The Acid, breaks away (only temporarily, don’t panic) with an altogether different take on alternative electronica. Unlike the beat led music you might associate Ry’s voice with instead Sweat runs hot and cold through your speakers. His haunting vocals bleed over methodical acoustic guitar whilst the hum of aging recording equipment recalls memories of old folk records. The only hints that remain of the electronic are a bass synth and detached organ of which the delicate sound pallet is comprised. There is no trickery and no illusion – this song is bare knuckle music. It fends for itself with emotive lyrics and contemplative inflections from Ry’s stunning performance and there is no inherent rush to it, contrary to any implications the track’s name may have. This is a mature and considered song, constructed by a master songsmith.

The careful assembly of texture; be it from a smooth distant choir of voices to that of the rustic acoustic guitar, is entirely three dimensional. When you then discover the track is available on Vinyl you understand how the music is truly meant to be heard and appreciate the effort taken to re-create that authenticity in the digital version also.