Real artistry is about peeling back the layers of your soul and allowing the creative truth to take form. Russell Taylor taps into that creative space and unlocks a masterpiece in his latest musical offering, War of Hearts, on his own Indigo Blue label. Far from a novice in the music game, Russell – a self-professed nomad – has poured out his heart and soul on the world stages, including stops in London, Amsterdam and Paris as well as famed stateside venues from The Mint and The Roxy in Los Angeles to SOB’s and Joe’s Pub in New York. Through his travels, Russell has created a fan base as diverse as his multi-genre catalog of recordings. Russell’s previous offerings Somewhere In Between (2007) and Confessional – a Soultracks.com ‘must have records’ (2010) – are sprinkled with gentle gems like the alluring “2B Loved” and the stripped down, acoustic brilliance of “All Said & Done” to the sexually charged “Hands 2 Myself” and the military cadence of “Fair Game,” and have satisfied the appetites of music lovers the world over. 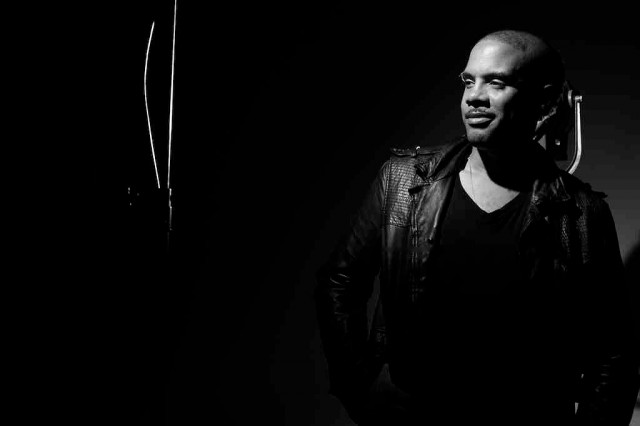 Additionally, Russell has shared the stage with major artists from Mary J. Blige, Jill Scott and India.Arie, to legends Isaac Hayes and Patti LaBelle; an amazing fete for an independent artist. The textbook definition of an independent artist, Russell Taylor continues to embrace his freedom on War of Hearts, as he unabashedly takes the helm of his artistry and navigates his own course. “I made this record full of songs that I’d like to hear,” professes Russell.