Roy English – Julianne. In a studio off Sunset Blvd, Los Angeles native Roy English is feverishly pushing buttons and twisting knobs while chopping an apple to its core, putting the finishing touches on his upcoming release. The enigmatic singer, producer, and songwriter has collaborated behind the scenes along side some of the most prolific producers in the music industry such as Jeff Bhasker (Kanye West, Fun), Teddy Riley (Michael Jackson, Blackstreet), Rick Nowels (Lana Del Rey, Madonna), Matt Wallace (Maroon 5, Faith No More), S1 (Watch The Throne, Beyonce), and Dave Sitek (Santigold, TV on the Radio). English’s time spent behind the scenes honing his skills as a songwriter and producer has aided him in creating a precise vision for his personal work. “I traveled playing in different bands for four years right out of high school. Those were pivotal years for me. I learned. I changed. I grew up, all along countless miles of American highway.” English says on the topic of touring. “I never really knew where music would take me, and I still don’t really know. I thought about quitting a few times, but I can’t. Music is the reason I am who I am. It crafted me just as much as I crafted it.” 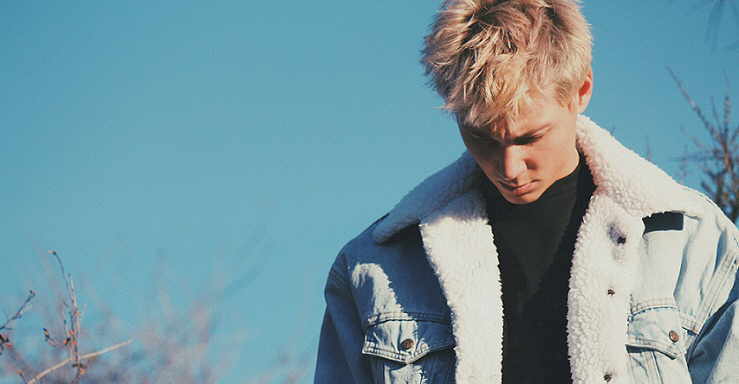 At the top of 2015, Roy English is releasing a series of singles he wrote, produced, and recorded predominately during a month long stay in Chicago starting with the funky and melodic “Julianne”. The collection was produced with the help of Chicago’s own Stefan Ponce (Childish Gambino, Chance the Rapper) and Roc Nation artist/producer Sunni Colon. Roy cites the sounds of Chicago itself as the inspiration for the music, choosing to spend his time there with friends, allowing the music to “write itself.” The upcoming singles, all being released in 2015, will elaborate on Roy English’s moody and atmospheric sensibilities, blending the orchestral elements of alt funk, lo-fi, and Chicago-style house. “I recorded a lot of vocals for the songs on my Macbook mic.” English explains. “I wanted to capture the vibe and not necessarily focus on making it sound perfect. It was about a moment and a feeling.” An immense appreciation for the craft of production and an overwhelming attention to detail is apparent in each song, and English pulls both from his years on the road and his time in the studio to create an engaging and multi-layered musical journey.

LA singer/songwriter/producer Roy English has released his new single “Julianne.” The track is the first in a series of singles he plans to release this year. If the rest of the tracks are as promising as “Julianne,” we’re all in for a treat.