Skip to content
Home » Music » Rochelle Jordan – There You Go

Rochelle Jordan – There You Go. Rochelle Jordan (RO-JOE) is a singer/songwriter from Toronto, Ontario. Hailing from the Eastside of Toronto, singer/songwriter Rochelle Jordan has been making some major waves in the music scene since the drop of her first official effort “ROJO” garnering 90k downloads in August of 2011. Rochelle’s follow up 2012 release “P R E S S U R E”; certified Rochelle Jordan as the next rising super star. Written entirely by Rochelle with production by KLSH, the project has been deemed by many as the R&B debut of 2012, with critical acclaim from MTV, Vibe Magazine, Hypetrak, etc. She was also nominated by Sirius XM for the 2012 Independent R&B artist of the year. The Global attention was recognized by London’s Interscope recording artist JESSIE WARE, who invited Rochelle to serve as main support on Jessie’s first US tour in 2013. Rochelle has appeared and written on Childish Gambino’s “Because The Internet” single Telegraph Ave, and since then was charted number 1 on Billboard’s Next Big Sound with her early 2014 single “Follow Me”. 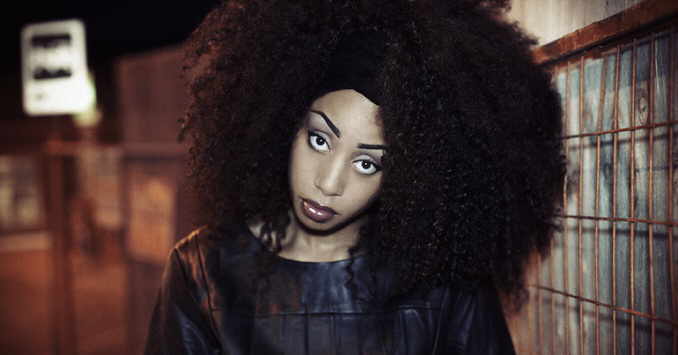 Her Nostalgic 90’s vibe mixed with futuristic sounds, songwriting & energy has cultivated a passionate and diverse fan base. Her instant global appeal lead to BBC radio airplay, tour dates in the U.S., Canada and Paris, France. Rochelle Jordan has proved to be in an elite class of emerging talent. With her upcoming debut ALBUM ‘1 0 2 1’ due to be released November 11/2014 , Rochelle plays on the undeniable promise she is – a defining figure on the future of Pop R&B.
Rochelle Jordan – There You Go

RoJo released her debut album, 1 0 2 1, today (featuring the likes of IAMSU! and JMSN, you can – and should – cop a copy here), and as a primer for her fans she drops this bouncy new number. What are you waiting for; go get her album already.

Rochelle Jordan – There You Go Lyrics: