Rise Against – Tragedy + Time. Rise Against is an American punk rock band from Chicago, Illinois, formed in 1999. The band currently consists of vocalist/rhythm guitarist Tim McIlrath, lead guitarist Zach Blair, bassist Joe Principe and drummer Brandon Barnes. Rise Against spent its first five years signed to the independent record label Fat Wreck Chords, on which it released two studio albums, The Unraveling (2001) and Revolutions per Minute (2003). Both the albums met with considerable underground success, and in 2003 the band signed with the major label Geffen. Their major label debut Siren Song of the Counter Culture brought the band mainstream success, producing several successful singles. Their next two albums, The Sufferer & the Witness and Appeal to Reason, were also successful and peaked at number ten and number three on the Billboard 200 chart, respectively. 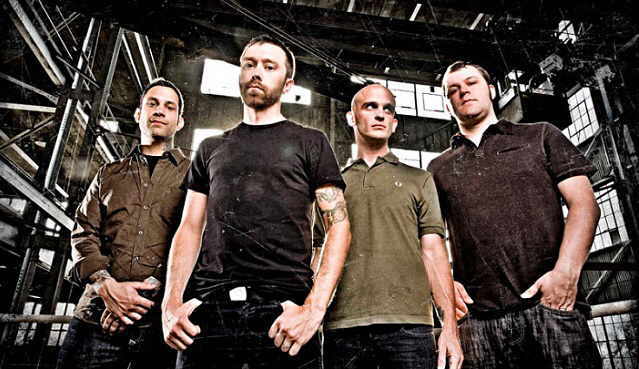 Appeal to Reason was followed three years later by Endgame. All four albums released via Geffen were certified platinum in Canada, while Siren Song of the Counter Culture, The Sufferer & the Witness and Appeal to Reason were certified gold in the United States. Rise Against is also known for their advocacy of progressive organizations such as Amnesty International and It Gets Better Project. The band actively promotes animal rights and most members are straight edge (excluding Barnes), PETA supporters, and vegetarian. Wikipedia®.

The first thought about this new Rise Against tune, is this the most commercial friendly song from the band to date? “Tragedy + Time” is the 2nd single from the latest Rise Against album “The Black Market”. Rise Against will go out with Linkin Park after the 1st of the year although there is no St. Louis date yet.

Rise Against – Tragedy + Time Lyrics:
On the edges of the sharpest knives
In the middle of the darkest nights
Always knew that I would find you here
In a puddle of the bravest tears

All that matters is the time we had
Doesn’t matter how it all went bad
Never wonder what it might be like
Shut the door, say goodbye

When faced with tragedy
We come alive or come undone

So don’t hold back, let it shape you like an ocean
Even the deepest scars in time will fade

And sometimes you have to go back
To know just where you have been
But we’re old enough to know that
What has been, will be again and again

Nothing matters when the pain is all but gone
When you are finally awake
Despite the overwhelming odds, tomorrow came

And when they see you crack a smile
And you decide to stay a while
You’ll be ready then, to laugh again