Rhonda – My Thing. How brilliant were the good old days…The Star Club and Indra in Hamburg, The Cavern in Liverpool; cool beat music everywhere. Some listened to the american soul pioneers Marvin Gaye and Curtis Mayfield, others grooved to the first big english beat bands. They met up in clubs in cellars and lived for the moment. Everyone wore lanky cotton trousers, cheeky haircuts and pointy leather boots. The feelings of a whole generation were reflected in the music, where rock ‘n‘ roll, soul music and cool rhythms merged with chinking guitars and sizzling organs. These days are over? No way! It’s coming back like never before – and where’s the best place to re-live it? Yep, Hamburg, Germany. The quintet Rhonda didn’t form until March 2012 but a rise such as theirs has seldom been made by any other german band. All five musicians are no beginners and have played in well known indie bands, such as, for example The Trashmonkeys. But only now have they found their true calling; a fresh, retro, but by no means dusty, mix of Amy Winehouse, Duffy, Adele, Dusty Springfield, The Ronettes and Detroit Cobras with melodies you’ll just love to dance to. Now all over Europe! After the release of just one 7″ Vinyl, Rhonda were asked to play in the northern soul loving UK. There, they played two club tours and many open-airs, including International Pop Overthrow Festival & Great Escape Festival – making new friends all the while – some of them celebs! The Hamburger post punks Turbostaat took the young band with them on tour, they played many shows with Lucius and Paul Weller. The Modfather himself, has invited them to join him on his German Summer shows. Quite an honour for a band not yet out of the starting blocks.

Amidst all these concerts Rhonda are financing a second single (after the first sold out like hot cakes at their shows) with the help of crowdfunding- supporters having been thanked with gifts as diverse as home-made apple pie and signed antique record players. This second single too, shows where the band’s heading – revitalisation of 60s songwriting cool, production and feel, where each song is a hit and always hits the spot. At the beginning of this year they were in the legendary Studio Nord in Bremen, Germany with (the almost as legendary) producer Gregor Hennig where they put down the 11 songs for their debutalbum. With a true love of the sounds of the 60s, carefully modernised and carried into the now, these songs rattle the speakers with a brilliance and nonchalance to leave your hearts, heads and hips shakin’ and lovin’. Just listen to the first single „Camera“, a reserved, pushy song which reminds you of reduced film-noir quotes , just as much as petticoats and greasy quiffs. In the lightly melancholy refrain at the latest, is it apparent to all that no soul song came up so wishful since Adele recorded her debut album.

And so it continues on the album: „Sound of Soda“ pushes, shoves and writhes with its waves of keyboard and funky drums like a newborn puppy, the funk beast „Take It Back“ with its rolling grooves and explosive chorus takes you into California, mid-summer and burns a smile onto your face. „Bruno“ surprises with its ska beat and ubercool vocal counterpoint, „Here We Go Again“ belongs to the rock’n’soul that just makes you wanna daance. „That’s HowI Roll“ is, quite simply, a brilliant, old school soul ballad of which the Supremes would’ve been well proud.

In short – each song is a killer, full of the joy of life and artistic power which lives the power of the sixties bringing it upto (and beyond) the present day. When the Album is released on July 25th 2014, it won’t be very long before it’s the absolute Summer Sensation. Be prepared! 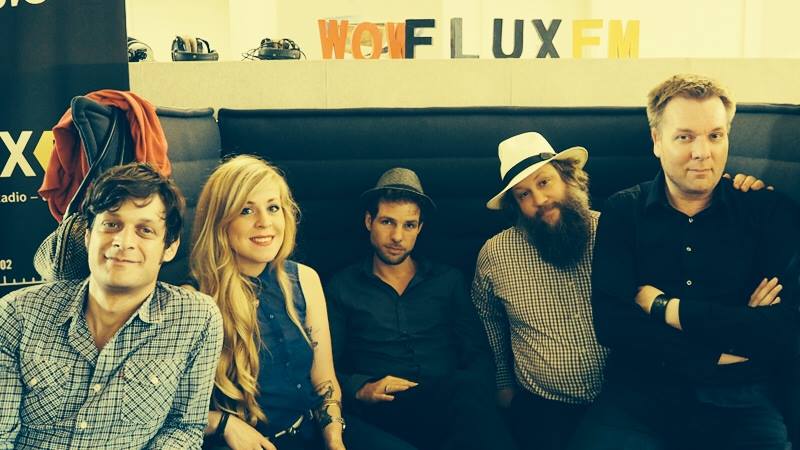