“Resident Evil: Revelations” brings a new type of story that focuses on famous heroes like Jill Valentine or Chris Redfield, as well as on an array of secondary characters, not to mention a bioterrorism organization called Veltro. The terrorists unleashed a group of monsters into an island city called Terragrigia and forced government authorities to burn the location from space. As you can imagine, that didn’t exactly neutralize the threat, and now the BSAA needs to investigate the remnants of Veltro and its monsters. While the action takes place in a variety of locales, most of the time you’ll be on a derelict ship called Queen Zenobia, which has been infested with zombies thanks to the T-Abyss virus.

What follows is a pretty decent plot that puts players in the shoes of different characters in different time periods, which can be a bit confusing, at least at first. While there’s still quite a bit of corny dialog and some twists can be seen a mile away, they’re not that annoying and should remind veterans of the franchise’s cheesy origins. 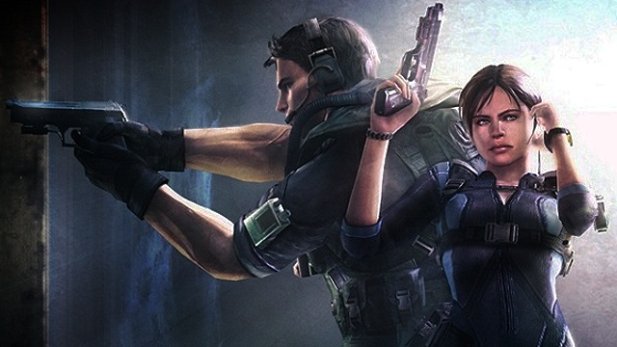