REC 4 Apocalypse (stylized as [REC]⁴ Apocalypse) is an upcoming Spanish horror film, and the fourth and final installment of the REC series. The film will be a direct sequel to the second film taking place immediately after its events. Jaume Balagueró, the director of the first two installments, is set to return alongside the actress Manuela Velasco, who will reprise her role of Ángela Vidal. The film is set to premiere on October 10, 2014.

Ángela Vidal, the young television reporter who entered the building with the fireman, manages to make it out alive. But what the soldiers don’t know is that she carries the seed of the strange infection. She is to be taken to a provisional quarantine facility, a high-security installation where she will have to stay in isolation for several days. An old oil tanker, miles off shore and surrounded by water on all sides, has been especially equipped for the quarantine.Wikipedia® 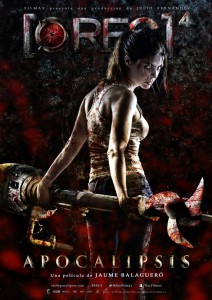 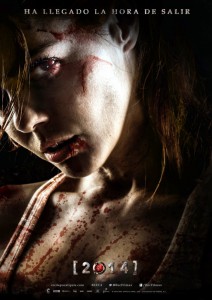