Los Angeles singer Raquel Rodriguez and her band, The Big Guys, play soul how it was always meant to be played. Their 2013 full-length debut Miss Me boasts a collection of impassioned, invigorating, and irresistible songs that are as fresh as they are fiery. Raquel discovered music very early on and became driven to sing and perform. Despite all of her formal training, she charismatically taps into an utterly effusive energy that borders on punk panache. “We want to play loud music with a groove that people can dance and drink to,” she declares. “You’ve got to physically feel it when we’re on stage or in your speakers. It has to be loud, dirty and gritty. Meeting her six-piece band “The Big Guys” while still attending class, they collectively began pursuing their own “party” in 2011, gigging tirelessly everywhere they could. A year later, the group hit the studio to record what would eventually become Miss Me. With drummer Sam Brawner producing, and engineering/mixing from Keith Armstrong at Chris Lord-Algae’s studio Mix LA, they injected raw power into the music. You can hear it loud and clear on the first single and title track, “Miss Me”. Blending intricate instrumentation and Raquel’s infectious delivery, the song is something of a call-to-arms. “It’s an anthem,” she admits. “It’s a girl singing about a guy who took advantage of her and didn’t do anything for her. Now, because she’s successful and he’s not, he wants her back. She always warned him like, ‘One day, you’re going to miss me’. She was right.” Elsewhere on the album, “Tell Me It’s Fine” paints a poignant picture via her vivid lyrics and the music’s sultry swing. “It’s about a relationship where both people are really stubborn,” she goes on. “Neither side wants to end it so they stick it out, stay together, and hope it’s fine.”

Raquel Rodriguez performs a stripped down version of her song “Don’t Owe You A Thing” accompanied by Jamey Arent on the guitar, live at Cosmic Zoo studio after a long conversation on Kinda Neat with Intuition. You guys have been asking for it, so you got it. We finally sat down with Raquel Rodriguez. Raquel’s a close friend, collaborator, and the guest on the second podcast I ever attempted back in ’11. We probably spent more time in this convo laughing and joking than actually covering any pertinent information about her, but so be it. We go into depth about our first time meeting and working together, Paco’s Vs Gilbert’s, and farts.

Raquel Rodriguez – Don’t Owe You A Thing Lyrics:
You were the one that walked away
And honey I, I tried to make you stay
Now I’m hearing baby, I’m hearing baby,
You went and found someone new, someone new.
Well baby I hope she ruins every single little part of you

So if you wanna leave, I’m beggin’ you baby
Won’t you please leave every part of me cause I

You, you went and left me behind
And I swear, oh I swear, I lost my god d*amn mind
you see I gave you all I had to give,
but you didn’t give it back.
So keep your eyes open wide because I told my brothers to beat your ass

So if you wanna leave, I’m beggin’ you baby
Won’t you please leave every part of me cause I 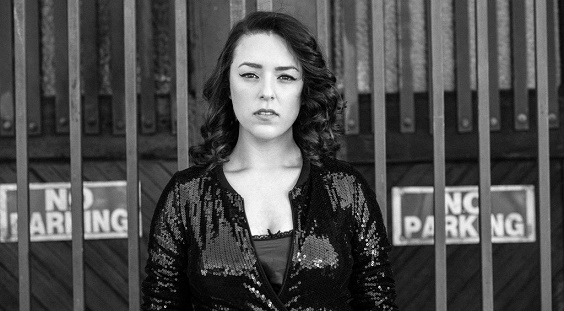