r e l is a 20 year old artist based out of Los Angeles. r e l ’s music radiates emotion, embodying what she calls “evoca-pop”–music that makes you think and feel– and what has been labeled by music-tastemakers and fans as dream pop/alternative r&b. This past May she released her debut self-titled EP containing the upbeat, ever popular track, “Plateau”. r e l ’s music has been featured on notable blogs such as MTV Iggy, Hilly Dilly, BaebleMusic, Crack in the Road, and Impose Magazine. r e l has played at several historic venues throughout the Los Angeles area including Echo, Satellite, and The Mint, along with playing industry showcases including the DL at Dirty Laundry and BMI’s songwriter showcase. She has been working nonstop on new music and visuals for her upcoming full length album, to be released in late 2016. 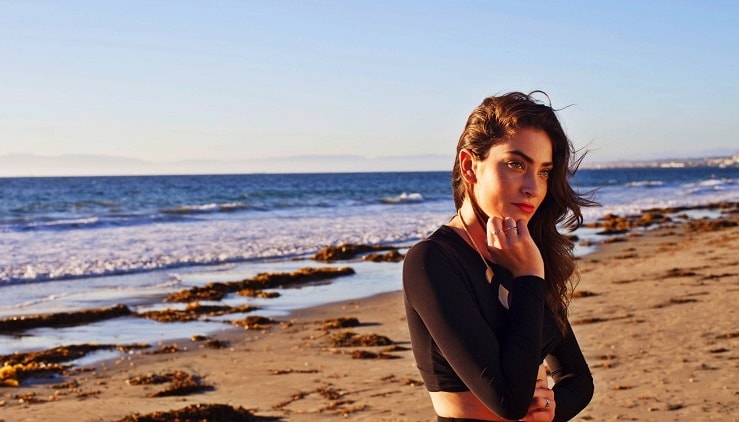 “The world of my music is blue and green, the colors of the world and of life and of sad and water and the blues and freshness and renewal. I made evoca-pop because I want it to be for the masses (widely accessible) and evocative. Evoke – you evoke things with feeling, with intention, with magic. Evoke starts with “E”: E like enchant and r e l . Evocation colors my writing – and the music. In the world of evoca-pop™ you are innocent till proven guilty, magical till proven mundane, with heart until proven without. But I don’t try to prove without. I like to prove with. More than anything I hope my music inspires curiosity.”

r e l: Factory Lyrics
The choice is yours
If you know its yours

You wear pink to be that girl
Was that your choice or the world’s?
Stuck yourself in those shoes
Wish you were a size two

More girls lined up behind
you’ve got the latest model
Improved upon, technologized
Back in line, back in line

You got swoll, to be the man
Was that part of your plan?
Joined the forces, joined the crew
All the hoops you jumped through

To be who you thought you wanted
To be where you feel seen
Seems great, simplified
Back in line, back in line

and now we’re getting old, but just remember

The choice is yours
If you know its yours