Pro Evolution Soccer 2013 (also known as World Soccer: Winning Eleven 2013 in Japan and South Korea) is an association football video game and the latest edition of the Pro Evolution Soccer series, developed and published by Konami. The game was announced by Konami on April 18, 2012. The demo version was released on July 25, 2012, followed by the retail version on September 20, 2012 in Europe (excluding the UK where it was released on September 21, 2012), and in North America on September 25, 2012. Cristiano Ronaldo from Real Madrid is featured for the front cover. For the first time of the series, all 20 teams from the Brazilian national league, Campeonato Brasileiro Serie A, are included in the game series. The UEFA Champions League features in the game. This is the last game to feature the current game engine. Wikipedia®. 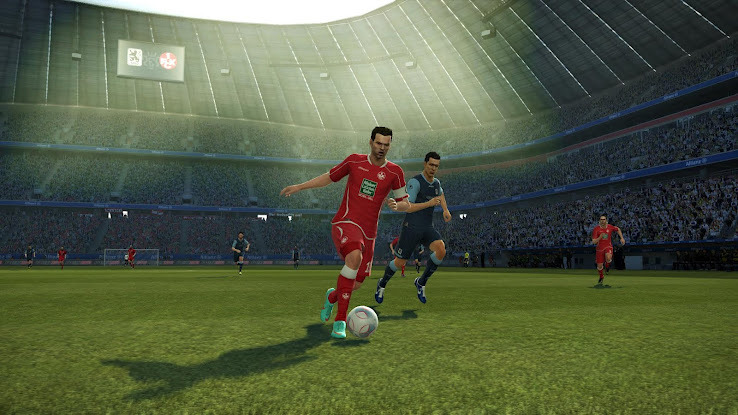 In Pro Evolution Soccer 2013, players are given greater freedom over ball control and the way players receive and trap the ball has been improved. Also in PES 2013, characters are more recognizable and the game is more balanced than ever before.