At a tender age of 20, rapper Prie brings a mature respect for the band’s choice of playing classic hip hop songs even though he grew up years after the golden era was already over. “Prie appreciates what we appreciate,” says Anderson. “He has a hard work ethic and is super motivated. His delivery and flow are really polished.” First inspired by rappers 50 Cent, Busta Rhymes, and Eminem, and recording his first song while in sixth grade, Prie learned early how to mold his writing skills. “When I first started, I wasn’t writing about real stuff. I was writing about stuff I’d hear, like getting drunk in the club and rollin’ in a Beamer,” says Prie. “But I lost my little brother in 2006 and started to really listen to Tupac. That’s when I started writing about real stuff. Tupac’s Makaveli album blew my mind. I could relate to his struggles.” Regarded as an iconic hip hop figure, Tupac Shakur vocalized his struggles in ways that resonate in generations after his death. These real-life situations have touched many, including Prie, whose struggles have, in turn, touched his own fans. “I grew up in a bad area and I still live in a pretty bad area,” says Prie who was born in Hawaii, moved to Las Vegas, and came back. “The difference between my music and other artists here, is that they just rap about Hawaii life, but I have the best of both worlds.” By turning his negative situations into positive ones through everyday writing, Prie hopes to put out the same kind of empowering music as Tupac. “I usually freestyle first, then I start jotting down what I said,” says Prie about the songwriting process. “I have tons of composition books filled with lyrics.” With lots of content to choose from, Prie’s work never stops with both Sample and his solo tracks. Now with a video series called “We Fly High” and a mixtape called “Sweet Dreams & Nightmares”, Prie, along with Sample, continues to gain exposure, experience, and a growing audience.

Prie is an MC out of Hawai’i who represents optimism in hip-hop. He represents a scene that is hungry and ready to be heard outside of their own circle, and Prie is someone who is ready to invade your comfort zone. 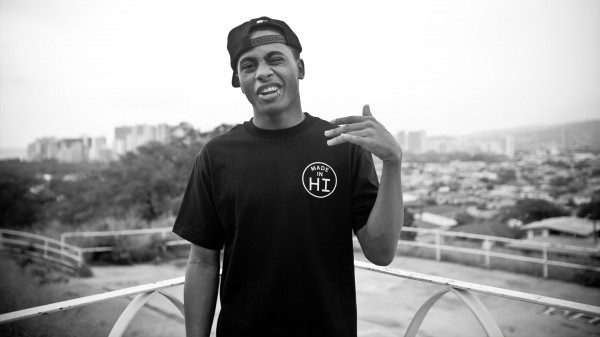