Drawing inspiration from 70s disco, 80s New Wave and 90s indie rock, Moscow’s Pompeya weaves vibrant harmonies, melodic synth lines, and punchy guitar riffs to create unabashed indie pop. Their self-released debut quickly brought the group a large amount of popularity in their home country. Following extensive touring and television appearances in Russia and Eastern Europe, the group set to work on their follow up Foursome. The EP was recorded under the direction of Christopher Haynes in LA’s Bedrock Studios. After signing to Gala in Russia, and No Shame Records in the US, the group embarked on their first US tour in May of 2013. No Shame will release their US debut in October 2013.

Pompeya – Slaver Lyrics:
Tell all my friends
That we’re lost in a desert
We found ourselves
Still don’t know where we are

They know you’re fake!
They know your name
Slaver
We should have known
That you are no
Savior 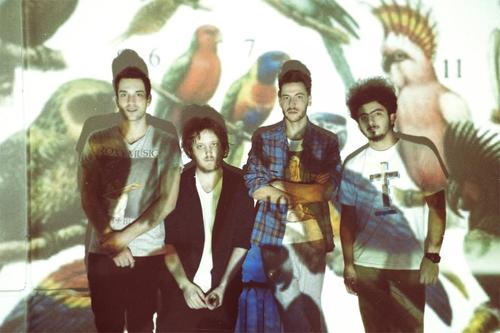