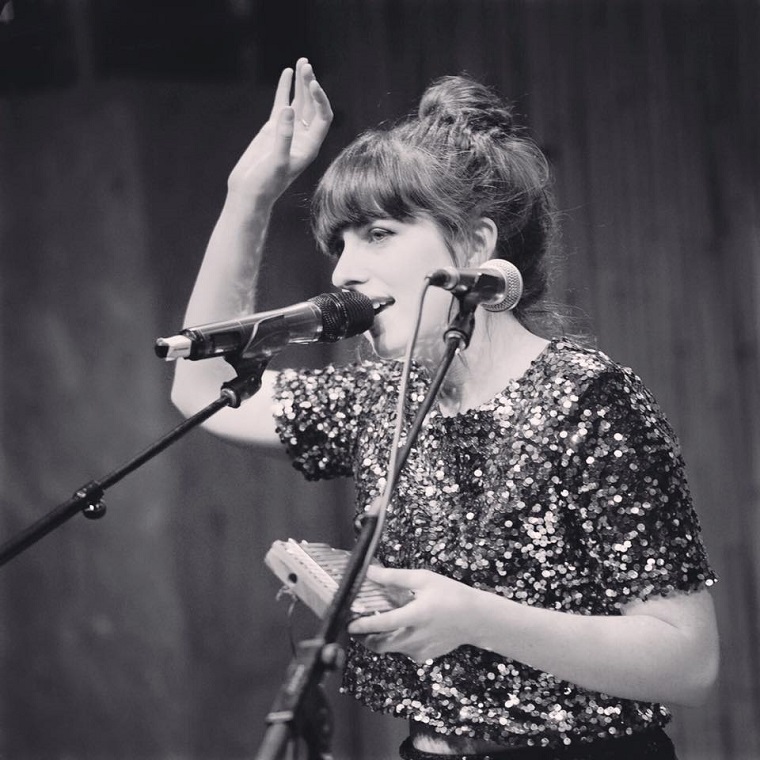 Live-looping, indie-pop phenomenon Phia presents ‘Oxide’ – the first single from her new EP ‘The Woman Who Counted The Stars’ (out 29 September via Labelship / Independent).

The track is all glitter and grit, and heralds the arrival of a bold new sound for the Melbourne-born singer-songwriter. Pulsing, distorted drums and intergalactic juno synths collide with fuzz guitar and vintage casio keyboards, as Phia’s longtime production collaborator Joshua Teicher realises a sonic vision that manages to be both lush, raw, and emotionally affecting. Phia’s effortlessly charismatic, crystal-clear vocal soars.

The subject matter packs a punch, too. “Late last year Björk released a viral Facebook post about the criticism she and other female artists face when their subject matter departs from boyfriends and love songs, and encompasses atoms, galaxies or activism. I was enraged but also inspired, and the songs just started to come.” Phia says.

With Björk’s words still fresh in her ears, Phia chanced upon a newspaper article announcing that scientists had discovered 60,000-year-old bacteria alive in vast, sub-terranean Mexican caves. ‘Oxide’ is penned from the point-of-view of this ancient micro-organism.

From Phia’s upcoming EP “The Woman Who Counted The Stars”, out September 29.

My home is a cathedral
Filled with giant, gypsum crystals
Trapped inside and latent
Waiting quietly and patient
For 60,000 years I’ve been
The hottest of degrees I’ve felt
Eating all the iron and sulfur
Manganese and copper oxide

The gift of life can give
And it can take away
The gift of love is life
But who’s is it, who can say?