Austrian musician Parov Stelar has taken over the global music scene like a phantom in recent years. Through his music the modest but exceptional talent has not only gained an enormous fan base, but has also achieved cult status as a producer. His retro- influenced music is borne out of an aura of elegance, wickedness and pure energy. inspired by styles and samples from themost varying of genres (soul, pop, jazz and swing) and combined with modern beats and grooves he creates an incomparable and peerless sound. For his live shows Parov Stelar takes to the stage with a host of musical magicians. The performances of the Parov Stelar band are one of the most impressive live conversions of electronic music currently to be seen anywhere in the world. Brass and rhythm sections along with singer Cleo Panther reinvent Parov Stelar’s electro beats, emotionally charging the public in a way never thought possible. At the centre of the show is the creator himself, guiding the musical tour de force from the DJ booth. Despite 100’s of live shows and excessive touring the band still continues to push their own creativity and break the boundaries of musical performance. Each show is uniquely different from the previous, inviting the listener to explore new aspects and emotions within Parov Stelar’s music.

With his unmistakable sound-mix of Jazz- and Swing samples and electronic music, Parov Stelar has secured his own unique position in the world of music. After his initial record releases, using different aliases as well as his real name, Marcus Füreder founded Etage Noir Recordings in 2003. Since then he has released all music under the moniker Parov Stelar. In 2004 his „KissKiss EP“ and the soon after released album LP „Rough Cuts“ provided his breakthrough in the international electronic music scene. His uncommon approach to music-production combined with an assured sense of sound-aesthetics led to massive respect from his colleagues and the reputation as the pioneer of a new genre (which Rainer Trüby once called „Minimal Jazz House“) The following albums „Seven and Storm“ and „Shine“, as well as numerous singles and remixes made Parov Stelar one of the most reliable and successful artists of his kind. His tracks have been used in numerous TV-ads and soundtracks, while being licensed to more than 600 compilations. 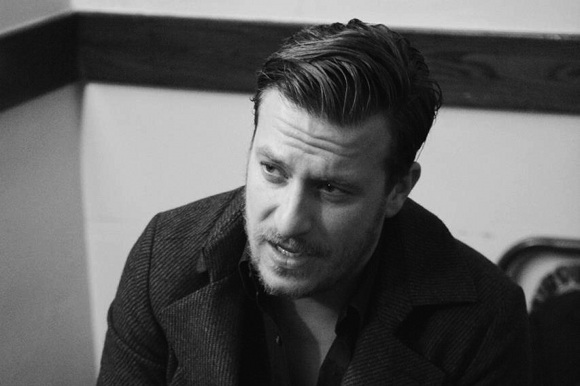