Paolo Giovanni Nutini (born 9 January 1987 is a Scottish singer, songwriter and musician from Paisley, Scotland. Paolo Nutini’s debut album, These Streets, was released by Atlantic Records in the United Kingdom in July 2006 and included the singles “Last Request”, “Jenny Don’t Be Hasty”, “Rewind” and “New Shoes”. “Last Request”, the most successful, reached number five on the UK Singles Chart. The album peaked at number three on the UK Albums Chart and was certified 5×platinum by the British Phonographic Industry (BPI). The album remained in the album charts for a record-breaking 196 weeks. In May 2009 Nutini released his second album, Sunny Side Up, which debuted at number one on the UK Albums Chart and has produced four singles; “Candy”, “Coming Up Easy”, “Pencil Full of Lead” and “10/10”. It has so far been certified 5×platinum by the BPI. On 19 February 2010, it scooped “Best International Album” at the 2010 Meteor Awards. In December 2013 it was revealed that Nutini had recorded a third album called Caustic Love which will be released on April 14th, 2014. The album’s first single “Scream (Funk My Life Up)” was released on January 27th. Wikipedia®.

Paolo Nutini – Scream (Funk My Life Up) live in Glasgow

Nutini entered the studio in 2011 to begin sessions for his third album and an appearance on Johnny Boy Would Love This…A Tribute to John Martyn was followed in 2011 by performances at Glastonbury, Latitude, and the Montreux Jazz Festival, before Nutini reached his (arguably) largest ever audience as part of London’s 2012 Olympics Games concert at Hyde Park. Following his heavy tour scheduling and a breakup with his childhood sweetheart, Nutini took time away from music to rediscover the inspiration that was the driving force behind his first two records, and returned to his hometown Paisley. Eventually, the songs began flowing and Nutini recorded his third record, Caustic Love, which featured American vocalist Janelle Monáe; it was due for release in 2014.

Paolo Nutini – Scream Lyrics:
How was I to know you’d just come along?
And funk my life up
Lips like debbie’s, sing sex like strawberry songs
Just funk my life up
Never heard her coming, thought it was just another woman
With a shotgun in her hand
Funk my life up

Sly hands, spinning wax lights, oh god
Beats are dripping on me like spider milk
And I never heard the warning when I woke up in the morning
With my sunshine on a drip

She’s my rock, she’s my but, she’s the dealer trip
And that girl, so fine
Makes you wanna scream hallelujah

She gets me sinning, she’s like a trick on me
Hell, I don’t even know her name but yet she sticks to me
And in the climax she would scream with me
Yeah, she sticks to me
She gets me funny, she doesn’t want none of my money
So I pour it over her like gasoline
Light a match and then I’m back in my teens
Me and super girl smoking my green
Me and super girl smoking my green 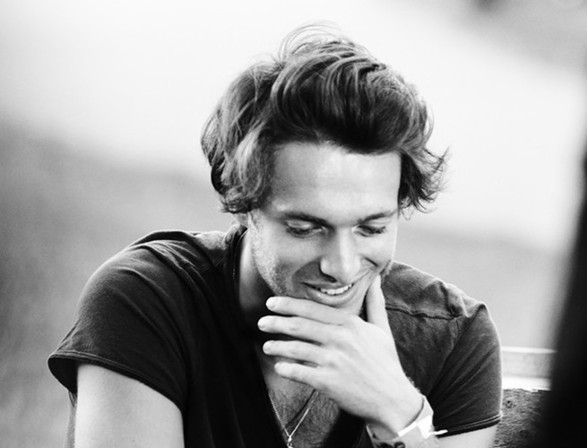