Outlast 2 is a first-person survival horror video game developed and published by Red Barrels. It is the sequel to the 2013 video game Outlast, and features a journalist named Blake Langermann, along with his wife Lynn, roaming the Arizona desert to explore the murder of a pregnant woman, Jane Doe. Unfortunately, Blake and Lynn get separated in a helicopter crash, and Blake has to find his wife while traveling through a village inhabited by a sect that believes the end of days is upon them. Shortly after the release and popularity of Outlast, Red Barrels announced the sequel. A gameplay demo was then released at both PAX East and E3 2016 on April 22 and June 15 respectively, with a release slated for Fall 2016. 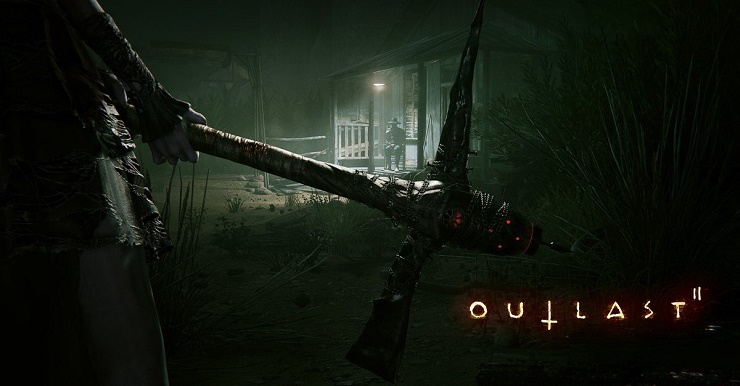 Outlast 2 is the sequel to the acclaimed survival horror game Outlast. Set in the same universe as the first game, but with different characters and a different setting, Outlast 2 is a twisted new journey into the depths of the human mind and its dark secrets. Outlast 2 introduces you to Sullivan Knoth and his followers, who left our wicked world behind to give birth to Temple Gate, a town, deep in the wilderness and hidden from civilization. Knoth and his flock are preparing for the tribulations of the end of times and you’re right in the thick of it. You are Blake Langermann, a cameraman working with your wife, Lynn. The two of you are investigative journalists willing to take risks and dig deep to uncover the stories no one else will dare touch. You’re following a trail of clues that started with the seemingly impossible murder of a pregnant woman known only as Jane Doe. The investigation has lead you miles into the Arizona desert, to a darkness so deep that no one could shed light upon it, and a corruption so profound that going mad may be the only sane thing to do.