Orlando calls Los Angeles home and he is often found performing at the best of the local club circuit. His stage presence, ability to hold an audience in rapt awe and raw power, would suggest that perhaps he burst forth from the womb, belting the blues at the top of his lungs. The fact is, he didn’t recognize his talent, until later. “I started getting serious about music after high school,” he says. “I had always been able to mess around on the piano but at around 18 I started to see it as a potential way to make a living. I didn’t really start to believe until I was about 20. I started singing and writing songs. That is when my father, Hugo Napier, started becoming enthusiastic and pretty soon, I had my own band. Hugo was playing the sax and I was singing and playing keys. I was still just finding my chops and we we’re playing small shows up in Santa Barbara. My confidence was growing quickly and I was writing a couple songs a week. Those we’re amazing times,” he reflects. His music is an eclectic mix of poetry laced swagger that brakes and bolts with heartbreaking nonchalance and confidence. It is a sound that alternates between bold and accomplished R&B beats, bluegrass style harmony and a soul drenched voice that resonates beyond his (mid-twenty) years. He engages you in an earnest manner. His style is unaffected; his talent genuine. He sings in a manner reminiscent of Ray Charles, but not replicating it. “My main influence when I first got started was the music of Ray Charles,” he says. “I figured, since he was the main influence of so many other musicians I looked up to, why not skip the middle man and go straight to the source. I studied Ray ceaselessly, all while trying to discover my own sound and style.” And that’s exactly what he’s done; found his own groove, infused with classic piano, beat box driven riffs, bluesy guitar and a singing voice to match. – Heather Jacks – 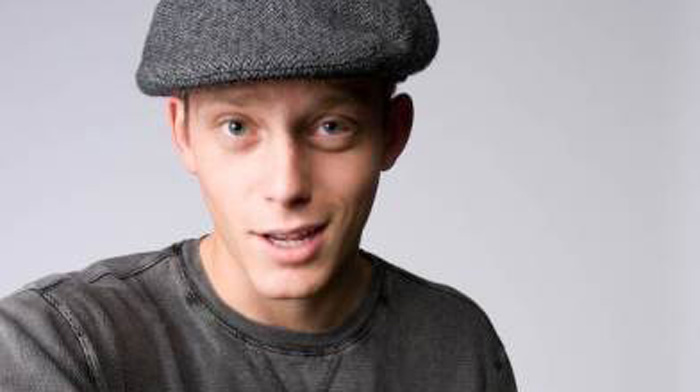