One Piece: Burning Blood is a One Piece video game for the PlayStation 4, Xbox One, PS Vita, and PC which was released in Japan on April 21, 2016. Similar to the Grand Battle! series, One Piece: Burning Blood is a 1-on-1 fighting game, featuring 3v3 melee style fights, where each player picks a team of 3 characters and 3 support characters. The player can switch between characters during battles and use partners for assist attacks. It focuses on fighting with Devil Fruit abilities (also known as “Ability” in-game) and Haki, which can be activated by the “Ability” button which drains the ability gauge to use Haki and/or Devil Fruit abilities. Logia users will be able to use their powers to avoid damage (known as Logia Guard in-game), though they remain susceptible to guard breaks and Haki-based attacks. Some characters can nullify Devil Fruit Abilities, preventing Devil Fruit users from using their abilities for a short period. In addition to playable characters, there are also support characters that can produce different effects when used in battle. As characters attack and/or take damage, their Burning Gauge fills, which is used to fuel team-based techniques (Utility Chains, Utility Assists, and Utility Clashes) and when it is full allows the character to activate their Awakening which allows them perform their Ultimate moves and/or transform into more powerful forms, such as Luffy being able to transform to Gear Fourth in battle. The game features a level up system for playable characters that allows them to grow stronger as they fight in various game modes (except for Free Battle Mode), though all playable characters will receive some experience regardless of whether or not they are used in battle. 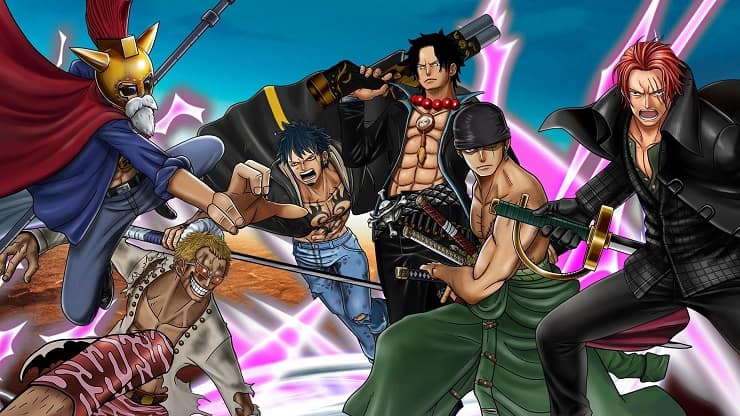