“Post to Be” is a song from American recording artists Omarion‘s fourth studio album, Sex Playlist. The track features guest vocals by American singers Chris Brown and Jhené Aiko, who both co-wrote the song along side Omarion, Tyrone Griffin, Dijon McFarlane, Mikely Adam while production is handled by American record producer DJ Mustard. Prior to the release of the song, Omarion released snippets, the song was later premiered on November 11, 2014 by the LA Leakers. The was released as the albums second single on November 11, 2014. Musically the song is a R&B and electro-hop club “banger” that is built over a clap-heavy West Coast production. 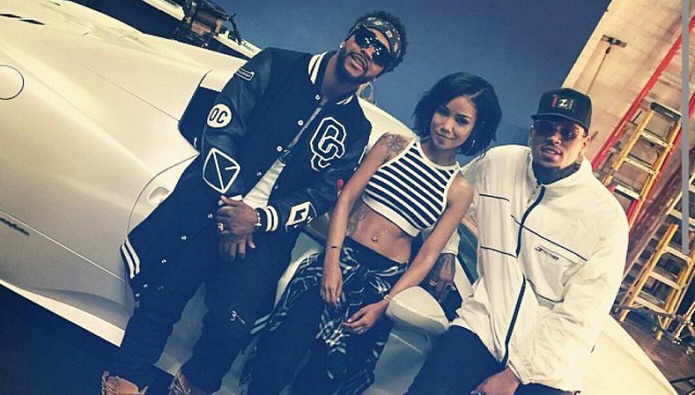 “Just playing with the rhyme scheme. The line of ‘Post to be’ reminded me of the Kevin Gates Vines where he’s talking about booty. I sat down with Micah Powell, who is a writer I’ve worked with for a long time. I sat down with him, and I was like, ‘Whatever we say, I really want to say something about eating the booty.; He keeps saying in the Vines-‘You ‘posed to eat the booty.’

Omarion – Post To Be Ft. Chris Brown and Jhene Aiko