Ólöf Arnalds is an Icelandic singer and multi-instrumentalist. Classically educated on the violin, viola and self-taught on guitar and charango, Ólöf’s most distinctive asset is, nonetheless, her voice. A voice of instantly captivating, spring water chasteness possessed of a magical, otherworldly quality that is simultaneously innocent yet ancient (“somewhere between a child and an old woman” according to no less an authority than Björk). While she has been favourably compared with the likes of Vashti Bunyan, Judee Sill and Kate Bush, Ólöf’s approach to making music remains highly individual: playful but intimate; accessible and uplifting, yet deeply personal and suffused with a timeless mystique that goes beyond the puckish inscrutability of her native tongue. Ólöf has also quickly proved herself as a magnetic, utterly self-assured stage performer, reliant as much on screwball humour, vaudevillian charm and even outright bawdiness, as much as the contrasting delicacy of her song delivery. Originally released in 2007, Ólöf’s debut album, Við og Við was included in both eMusic and Paste Magazine’s 100 Best Albums of the Decade lists. Ólöf was named Iceland’s Composer of the Year in 2010 for the songs on her second album, Innundir skinni. The record also made Uncut Magazine’s Top 50 Albums of 2010 and was nominated for the inaugural Nordic Music Prize. 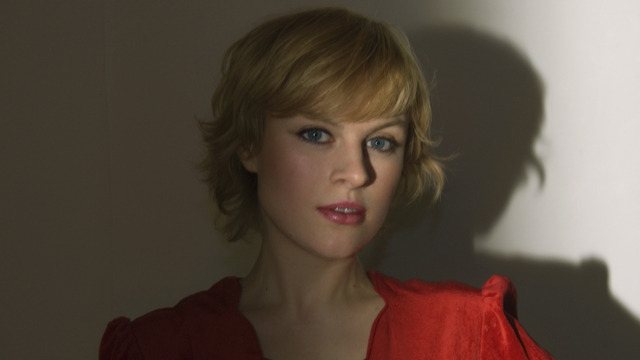