Skip to content
Home » Music » Ofelia K – As A Bell

Los Angeles-based singer/songwriter Ofelia K., who you may recognize as the former vocalist for indie pop duo Wanderhouse or perhaps from her collaboration with acclaimed producer Felix Cartal on his 2013 hit single, “New Scene”, has today unveiled her debut single entitled “White T-Shirt”, which also serves as the first song to be lifted from her highly anticipated forthcoming debut solo EP due out later this year. 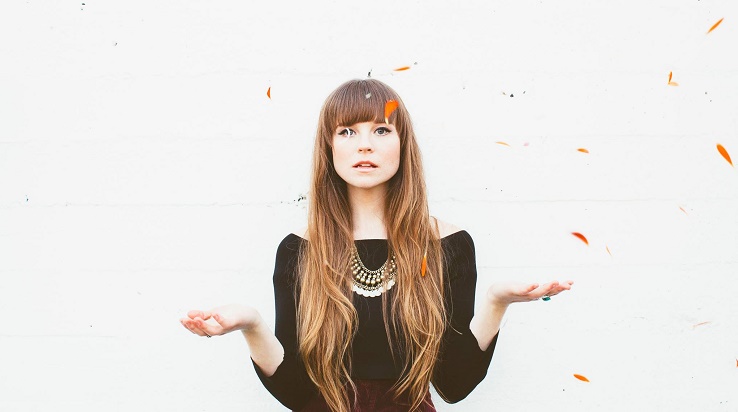 Ofelia K. is a singer whose artistry spins on a luminous axis of voice and soul. Over the past 3 years, we’ve seen her earn three #1’s on Hype Machine’s popular chart (twice as the vocalist of indie-pop duo Wanderhouse, and also alongside EDM producer Felix Cartel for “New Scene,” which Billboard named “one of the best dance recordings of the year in 2013); she’s also opened for nationally touring bands, and has had a number of her songs featured across prime-time television. Reintroducing Ofelia K.’s voice to the world is “White T-Shirt” (off her highly-anticipated forthcoming solo EP), a compelling song worn down to perfection that balances wistful maturity with a certain earnest and eternally young expression. Not quite pop, not quite anything else, it showcases beautiful symmetry somewhere between an unrepressed journal entry, a comforting arm around the shoulder and her smoky, shimmering glare, her eyes so knowingly staring into you.

Ofelia K – As A Bell

Ofelia K – As A Bell Lyrics:
A masterpiece, there’s something wrong
If that’s what I need
Who am I to think that any of this
Is up to me?
Paradise, always think it could be twice as nice
Who am I to block my own shot?
Lose my own fight?

Champion, there’s something wrong if I have to win
Who am I to think the ending could be
Where I begin?
Mind games, I want tomorrow, I want yesterday
Always thinking I’ll be better off
In a different place