Obits – Operation Bikini
Obits are an American rock band formed in 2006 in Brooklyn, New York. The band members are veterans of other independent rock bands: Guitarist/vocalist Rick Froberg was previously a member of Pitchfork, Drive Like Jehu, and Hot Snakes, and guitarist Sohrab Habibion was a member of Edsel. The band has released two singles and three albums, I Blame You (2009), Moody, Standard and Poor (2011) and Bed and Bugs (2013).

Obits formed after singer/guitarist Rick Froberg returned to New York in 2005 following the breakup of the Hot Snakes. In 2006 he began writing new material and rehearsing with drummer Scott Gursky of Shortstack and guitarist Sohrab Habibion, formerly of Edsel. They rehearsed with a third guitar player, but instead added bassist Greg Simpson. Obits made their live debut on January 12, 2008 at a club on New York’s Lower East Side called the Cake Shop. A bootleg recording of the show circulated on the internet, and the band posted two of the songs from this recording on their MySpace profile for listening. The recordings caught the attention of Sub Pop A&R representative Chris Jacobs, who invited them to perform at the label’s twentieth anniversary festival in Seattle that summer. Obits signed to Sub Pop shortly after, but released their debut single “One Cross Apiece” / “Put It in Writing” on their own Stint Records imprint. Wikipedia® 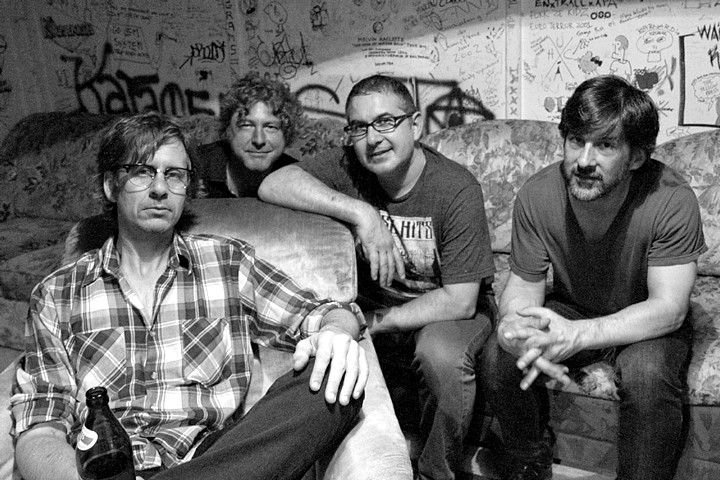