Soul and R&B singer Noel Gourdin (Gor-Deen) did not have a traditional childhood. He was born in Brockton, MA but spent his summers with family in Pachuta, Mississippi. The result is a man who is city to the heart but southern to the soul. He honed his skills in Brockton, MA, and by the age of 24 scored a deal with Sony and had his first album in stores. His first exposure to the vocal arts came in church and he was introduced to the larger canon of soul music by his father (who introduced him to the classics, such as Otis Redding) and his brother (who turned him on to the sounds of new jack swing). Noel is influenced by classic soul as well as the contemporary sounds of R&B and hip-hop. Therefore his music is a seamless blend of each genre. “Listening to so much music from so many different eras really helped me put my style together,” explains the gifted singer-songwriter. As a high-school student in the Boston-neighboring Brockton, Gourdin performed in talent shows and did work (and shows) for the Boys and Girls Club. Noel signed a management deal with Stalin Entertainment in 2002, signed a production deal with Trakaddix, and shortly thereafter was linked to producer Kay Gee. Gourdin contributed the song ‘Family Reunion’ to the soundtrack of “The Cookout”. A meeting with Sony Urban in 2005 led to a summer showcase and in 2008 Noel released his debut offering, “After My Time”. His first album is a refreshing mix of timeless R&B with a modern, youthful feel. Armed with commanding, rich vocals and a solid collection of intimate, soulful songs, this budding new talent is positioned to make an indelible mark on music’s landscape by bringing together listeners across all generations and genres. 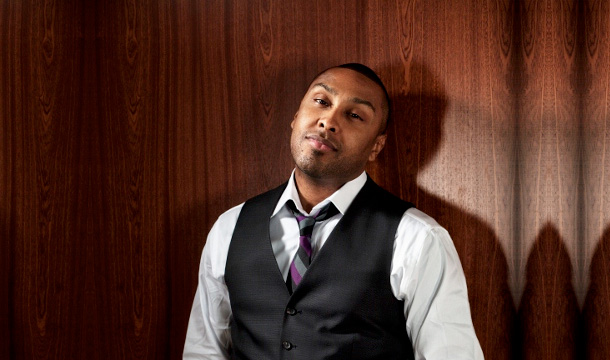