When Nina Nesbitt releases her debut album, Peroxide, in February, she will be just 19. That the half Scottish, half Swedish singer/songwriter has already spent two years putting out EPs, touring the country and steadily building her fan base – her video views stand at more than 20 million and over 130,000 follow her on Twitter – makes her early start all the more remarkable. Nina’s age is important. It is as central to her songs as the lessons she’s learnt since she first picked up a guitar aged 15. Nina may be an experienced songwriter, a festival veteran and a regular on Radio 1, but she still writes, brilliantly, from the point of view of a typical teenager. Peroxide is an album that talks to every teen, and transports all adults back to that age, but few could sum up how it feels to grow up as eloquently. It’s packed with songs about making mistakes and finding yourself and is full of smart, witty observations on everyday life and the opposite sex – from the sixth formers with Stones t-shirts in fabulous former single Stay Out – “They think they’re from the 60s/But they were born in 1991” – to the spoilt, rich kid who chats Nina up at a bar in addictive disco-soul stomper Mr. C – “I’ve come to the conclusion you’re quite fit/But I’m under no illusion you’re a dick”. There are also the touching, heartfelt songs that anyone of any age that has ever loved and lost can relate to, like Hold You (which features recent breakthrough act Kodaline) and The Hardest Part, which, regardless of the fact that it’s not a single, went straight into the Top 40 on iTunes when Nina unlocked it for pre-order customers in the new year. Some may lazily label Nina as a mainstream pop artist but her career approach has a lot more in common with the DIY ethic of punk. Not afraid to experiment with genre, she is a songwriter who has built her career by gigging relentlessly and even makes her own tour T-shirts. “I look at the big pop stars and you can tell that their image hasn’t come from them,” she says. “I go back to someone like Debbie Harry for inspiration. Her music was good, she looked cool and she was attractive to men, but she didn’t need to take her clothes off to prove it. And I would rather have a successful album with music I love than a No.1 with something that isn’t true to me. Pop is a shallow place. The most important thing is to do it on your own terms.”

Peroxide is plainly set in the present, where as much of life happens online as it does while working and playing. New single Selfies is a modern day breakup song and typical of Nina’s razor-sharp take on a trend. To an insistent piano riff, swaggering guitars and percussion, she sings of being dumped by a boy who calls her vain, then posting happy selfies to pretend he hasn’t hurt her. “I wrote Selfies with my bassist when we were discussing how when people feel a bit low about themselves, they often take pictures of them looking happy or out doing cool things,” says Nina. “Then they post them online to either cheer themselves up or to try and make the person that’s let them down know what they’re missing. I’ll put my hands up and say I’ve done it myself. Some people would call it attention seeking, others would say there’s no harm in trying to feel good about yourself. “Social networks have made it easy for us to express ourselves, but also to live our lives through a kind of ‘fake reality’. We only put online what we want to show everyone, meaning people don’t see the not so great parts of our lives too. So even though some people’s lives seem amazing on the internet, nobody’s life is perfect.” Since being discovered by Ed Sheeran at the age of 16 – she played him a song on her acoustic guitar, he loved it so much he took her on tour in Europe – self-releasing her debut EP, The Apple Tree, (which found a fan in Fearne Cotton), signing to Island Records and being named ‘Singer/Songwriter New Artist of the Year’ by iTunes at the tail-end of 2012, Nina’s natural knack for songwriting has been honed by months spent in the studio with producer Jake Gosling (Paloma Faith, Ed Sheeran, One Direction) and working with Iain Archer (Jake Bugg). In 2013, Nina had two hits from her first two EPs on Island (Stay Out and Way In The World), headlined two UK tours, played her first sellout show in the States and Asia, and spent the summer at festivals. In July, she was named Vevo’s LIFT artist and in the autumn she soundtracked a John Lewis commercial with a cover of Fleetwood Mac’s Don’t Stop. She sang the national anthem at a Scottish national football game to 50,000 people, was crowned Most Stylish Musician at the Scottish Style Awards and has just been named Best Emerging Artist at the Scottish Music Awards (following in the footsteps of Emeli Sandé and Amy Macdonald). Soon to come is Nina’s biggest UK tour to date, including a show at Shepherds Bush Empire, by which time her dedicated fans will have picked their favourites from Peroxide and be ready to howl back some of the smartest lyrics you’ll hear all year.

Nina Nesbitt – Statues Lyrics:
You’re just a statue,
of the boy I used to know.
You’re just a tattoo,
of the words that we once spoke. You’re the dry river,
where love used to flow.
But it stills runs through me,
with you it had to go.

But you’re like the falling leaves, whilst I’m still the oak tree.
Cause you’re the one who leaves,
now I’m falling asleep.
Now you’re like the broken keys, whilst I’m just a broken home.
Cause as I breathe in deep,
you’re looking at me like a statue of the boy I used to know.

You’re just a lighter,
with no fuel to light the flames.
You know I’ll fight for this,
but you wouldn’t do the same.
Cause you’re just a diary,
with a blank and empty page.
But the story we wrote,
I can’t quite erase.

But you’re like the falling leaves, whilst I’m still the oak tree.
Cause you’re the one who leaves,
now I’m falling asleep.
Now you’re like the broken keys, whilst I’m just a broken home.
Cause as I breathe in deep,
you’re looking at me like a statue of the boy I used to know.

Oh won’t you fall to the ground, cause there’s just stone in your eyes now.
We had it all til we were found,
we’re just living these lies now. 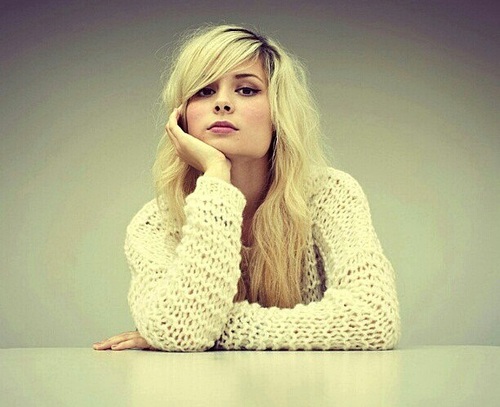