Australian rapper Nico Ghost just released an eerie, yet aesthetically intriguing music video for his debut single “Coolin’”. The beach setting of the visual compliments Nico as his voice pierces through the calming GXNXVS-produced track. Nico spends a majority of the single spitting braggadocious lines, while maintaing the mystique of both him and his love interest. Nico is currently working on his debut EP Kaishi, which is expected to drop later this year. 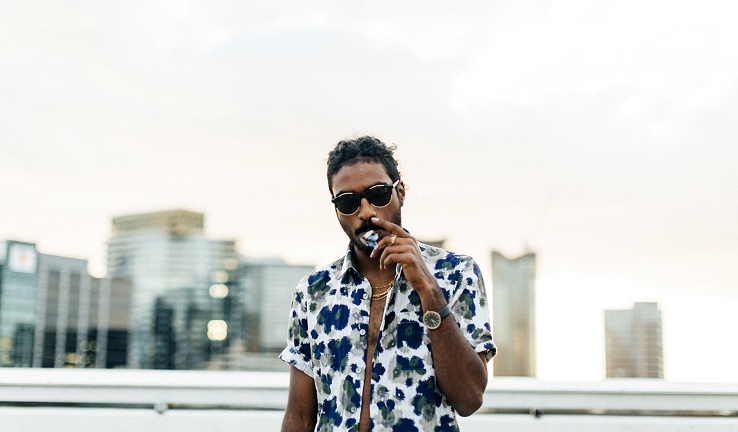 Nico says that he gets his inspiration from the “intergalactic tunes from Kid Cudi, storytelling of Snoop Dogg and the smooth jams of Lionel Richie.” Couldn’t sum it up better myself.

The production from close friend and urban producer GXNXVS is on point, working perfectly with the flow of Nico. Fans of the flow of Kendrick and the beats of Flying Lotus take note, this guy may change your views on the Australian hip hop scene.

Nico Ghost – Coolin’ Lyrics:
t’s evident, I know that I’m heaven sent
But now I got this bread to mess
So you get the benefit, don’t get the head to fit just yet
You know that I’m pacing with it
I take a blunt to the face, man I’m patient with it
I take a hit, come take a sip of that purple drink
I’m tippin’, but a young nigga, I’m the shit
You ain’t never gonna catch me slippin’
Champagne sippin’, in the back of the benz is where I sit
Teaching bitches how to roll up in blunts nice and fat
Got 2 on my side, another one sitting on my lap
And a joint in my hand, watching her make that ass clap, clap
Always been the type for older women
The high you’re living, money to be gotten
Then I’m pimpin’ something vicious â€˜cause I’m killin’
Bout to make a quarter millie for no reason
Other than the fact I’m smarter than the villain
They say Ghost what you doin’?
Dawg I be chillin’, got that sleep double vision
You ain’t feelin’ how I feel it, no, no

Live and we learn, from a young age when we putting in work
I wake up early in the morning then my flow come first
Roll the weed, hit the jay, then I’m laying the first
Pretty bitches wanna kick it, come and tap at the door
And if we letting you in, then you bring us something for sure
I’m dozin’, but don’t let these hoes in
Unless they pack important
‘Cause a nigga staying focused, you with it?
It’s the Ghost riding slow on a low
In the pale moonlight, with the blunt full of drow
No end in sight, I don’t know where I’m going
I guess I’ma drop till the end of the song
Oh it be on
I’ll keep dough, ladies learn my stylo
They wanna know the dealoh
Attracted to my ego
These niggas don’t know how to get these bitches
They don’t even see the picture
So their hoes be riding with us
Like damn nigga we on!