The L.A.-based soulful duo Nicky Davey just dropped the visuals for their new song ‘Oxygen’. Nick Green and Dave Rosser officially formed the project in 2011. They started out just making records together under various aliases until they carved a sound they could truly call their own. Constantly striving to reinvent the modern pop song, they were given the opportunity to work closely with Odd Future affiliates, The Internet. Lead Singer Nick Green’s vocal production on The Internet’s Ego Death helped earn it a Grammy nomination for Best Urban Contemporary Album. Back in February, Nicky Davey were the only duo unsigned to a major label to be featured on the NOW 57 compilation. 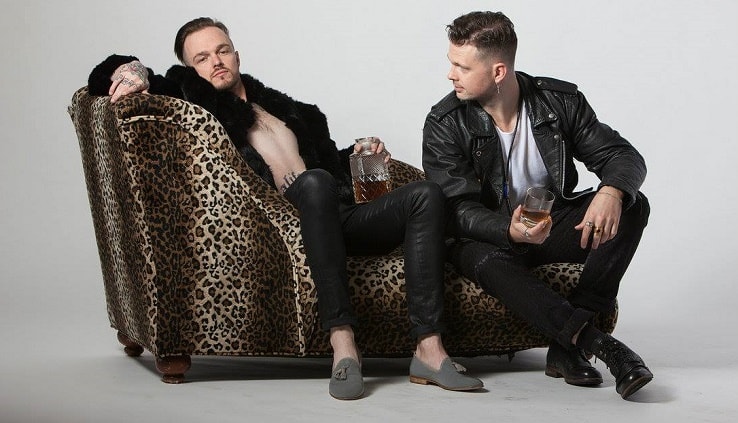 ‘Oxygen’ is an infectious and sensual slow jam layered with Nick Green’s soulful vocals. Written with long time collaborator and friend Syd Tha Kyd (The Internet) the song is about the first stages of love, Nick adds ‘I wanted to be honest to myself and others about the way I felt. I feel like as songwriters we all write songs in some shape or form about our love interest/inspiration’. Directed by Dan Stowell and Rich Yodsukar, the black-and-white visuals emphasize the raw feel of the song and star Tosha Eason, the muse who inspired the writing process. ‘Oxygen’ is the first single taken from their upcoming album ‘XXX’ set to be released later this year.

Originating from the visceral depths of Los Angeles, Nicky Davey is certainly one of LA’s best kept secrets. The passionate duo’s approach to songwriting has always had a strong emphasis on beauty, combined with infectious hooks. Constantly striving to reinvent the modern pop song, they were given the opportunity to work with Odd Future group, The Internet. In 2013, under the production of The Neptunes’ Chad Hugo, they helped pen their underground hit “Dontcha.”