Born in the Papua New Guinean town famous as the last place Amelia Earhart flew out of before meeting her demise, Ngaiire spent her first few years in NZ in an almost exclusively Maori primary school, exposed to as much ballet and opera as her parents could get her to. Returning to PNG a few years later, her first experience of live music was watching American college big bands on tour, and her flair for costuming developed by her fashion designer mother’s keen eye for the dramatic. Growing up listening to the reggae, Australian Top 40, and her Mum’s Mariah Carey and Cliff Richard albums, it wasn’t until Ngaiire’s family moved to Australian that her musical outlook went wide lens. She heard Ani DiFranco, Jeff Buckley, Tool, Sarah Vaughan, Debussy and Gershwin for the first time, and went to her first ever gig – Machine Gun Fellatio, officially blowing her mind, and inspiring a Visual Arts major work for highschool that essentially filled her mother’s loungeroom with fake gigantic phalluses. 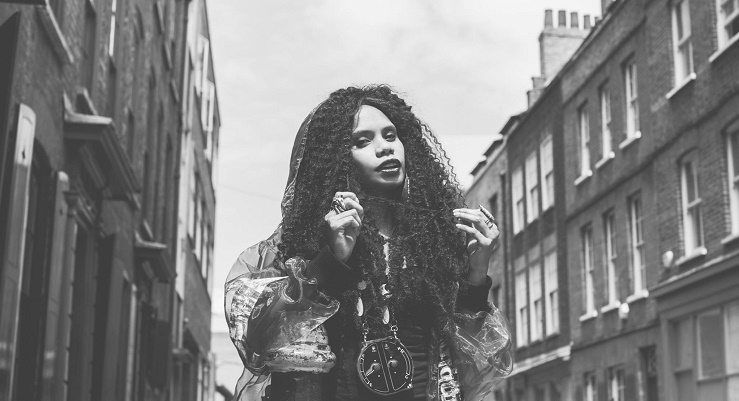 Joining bands and studying for her Bachelor of Jazz Studies at the Conservatorium of Music, Ngaiire somehow ended up on Australian Idol – hint: it was her incredible voice that did it. The more illuminating experiences, though, were touring extensively throughout the UK, Japan, Europe and Canada as a backing singer with Blue King Brown, and commencing an enduring collaborative friendship with electronic music don Paul Mac. Ngaiire, global citizen, now felt she had the universe in the palm of her hands. Releasing her future-soul debut Lamentations in 2013 to some acclaim, leading to her first ever slot at Glastonbury and shows with Alicia Keys and John Legend, Ngaiire has left no genre unturned in her search for herself. While she’s spent time writing music for dance companies, creating crazy sound installations for David Walsh’s MONA FOMA, collaborating with fashion designers, dreaming of working with Warhol and Phillip Glass and generally being a boho-R’n’B- weirdo-dilettante, the biggest project for this powerhouse performer has been new record Blastoma.

Without doubt, one of Australia’s most unique, eclectic and fearless artists, as evidenced by her electric shows, spine-tingling vocal deliveries and outrageous costumes, Ngaiire released Blastoma’s first single, ‘Once’in July 2015. Co-written with mega-babes Megan Washington and Paul Mac, and produced by Paul Mac and Jack Grace, ‘Once’ is about taking risks that turn into revelations: story of her life.