Neyva is a singer-songwriter and musician hailing from Downey, California. After releasing her first three songs “Technicolor”, “Victimizer”, and “Timeless” on her Soundcloud early 2015, she quickly began to cultivate a worldwide fan following via social media sites such as Instagram, Tumblr, and Twitter. Neyva released her first official music video for “Technicolor” January 2015, which tells a story of cutting yourself off of those who radiate only negativity and finally seeing life and yourself in an optimistic perspective while adventuring through Disneyland. Neyva’s lyrics are meant to move you, make you think, and most importantly, strive to be your own hero. She is currently working on her debut album which will be out later in 2015. 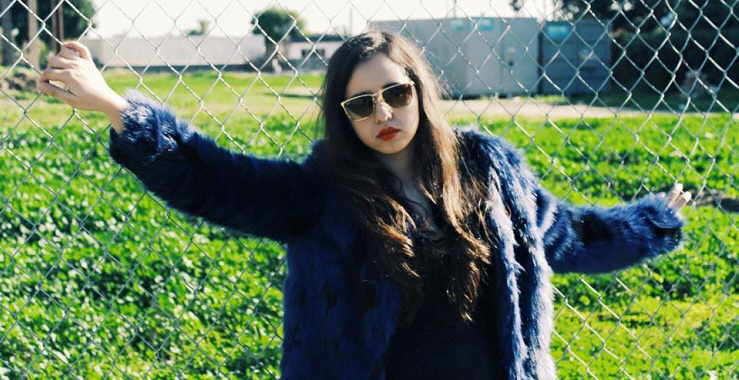 Music has been something I’ve felt truly passionate about my whole life. I started doing music in middle school, being the bassist in my school’s jazz band, and I continued doing that throughout high school, as well as singing in Jazz Choir, which I still continue doing Vocal Jazz in college currently. I always knew that whatever I pursued in life had to revolve around being in the music industry, but the start of my career making my own music however, just came about a few months ago, when I met my friends Ryan Frailich and Melissa Brooks from The Aquadolls. Ryan is producing my debut album, which is currently in the works!

Neyva – All Talk Lyrics:
I know who I am
And what I’m not
Why do people feel the need to be all talk?
Laughing at obsessions, not fixing oppressions
Don’t be petty just to be mentioned (hold out mentioned)
Be the change, end the hate
Unity is our fate
Be the person you’d appreciate (hold out appreciate)
(Beg of chorus)
People will always say
Anything to make them stay
Let them all talk
And go the wrong way
Stay in your own array
There’s no need to obey
Let them all talk
And go the wrong way
(End of chorus)
Talk what they want, don’t let it get to you
Outside words don’t define your views
Actions speak the truth
No need to fight for proof
When all else fails, always prevail and remember
Optimism is key to serenity, don’t ever be sad, happiness is our entity
(Chorus) x2