Need for Speed: Rivals is a racing video game set in an open world environment. Developed by Swedish and British developers Ghost Games and Ghost Games UK and developer Criterion Games, this is the twentieth installment in the long-running Need for Speed series. The game was released for Microsoft Windows, PlayStation 3 and Xbox 360 on 19 November 2013. It has also been released for PlayStation 4 and will be released for Xbox One as a launch title in the same month. Need for Speed: Rivals features gameplay bearing some resemblance to 2010’s Need for Speed: Hot Pursuit title in the Need for Speed franchise with exotic cars and high-speed police chases. Players take on the role of a Racer or a Cop, with each side of the law offering its own set of challenges, risks and rewards.[6] Rivals features eleven upgradeable gadgets such as EMPs, shockwaves and the ability to call in roadblocks. The game takes place in a fictional location known as Redview County. It’s an open world and features over 100 miles (160 km) of open road, larger than that of 2012’s Need for Speed: Most Wanted, but on the same size as Criterion’s Hot Pursuit. The open world features a similar set-up to Most Wanted, with several jumps, speed traps and unlockable cars, as well as shortcuts that are not shown on the map. Rivals features a dynamic weather system, which makes “the world feel alive in a much bigger sense than any other Need for Speed game”. Ferrari also returns to the franchise in full form for the first time in eleven years. Wikipedia®. 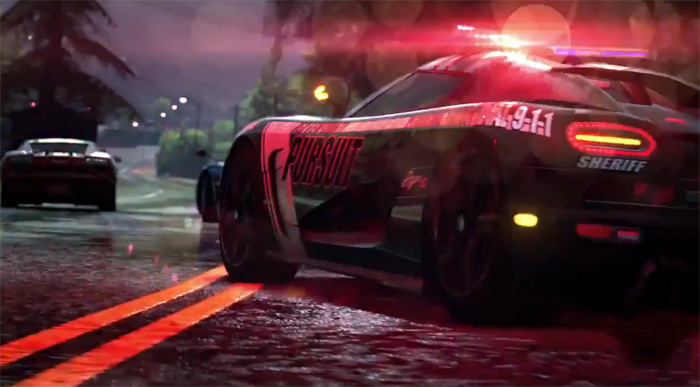