NBA 2K17 is a basketball simulation video game developed by Visual Concepts and published by 2K Sports. It is the 18th installment in the NBA 2K franchise and the successor to NBA 2K16. It was released on September 16, 2016 for players who pre-ordered the game, and will be released worldwide on September 20, 2016 for Microsoft Windows, PlayStation 4, PlayStation 3, Xbox One, and Xbox 360. Paul George is the cover athlete for the regular edition of the game, while Kobe Bryant is the cover athlete for the ‘Legend Edition’. In Italy, the cover athlete is Danilo Gallinari, and in Spain, the cover athlete is Pau Gasol. NBA 2K17, like the previous games in the series, is based on the sport of basketball; more specifically, it simulates the experience of the National Basketball Association (NBA). Several game modes are included, such as MyCareer, where the player creates a customizable player and plays through their career, MyGM and MyLeague, both franchise modes where the player controls an entire organization, and MyTeam, where the player creates a team to compete against other players’ teams. 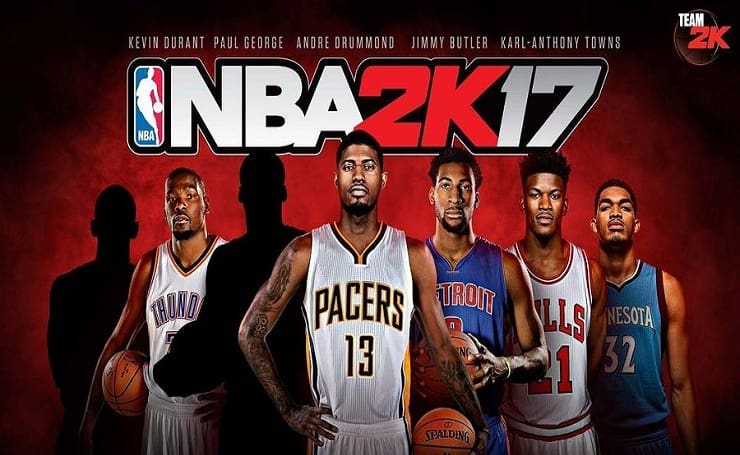 Along with current NBA teams, other teams are included, such as classic NBA teams, national teams, and EuroLeague teams. The game’s soundtrack, which features 50 licensed songs, was curated by Grimes, Imagine Dragons, and Noah Shebib. NBA 2K17 is a basketball simulation game which, like the previous games in the series, strives to realistically depict the experience of the National Basketball Association (NBA), as well as present improvements over the previous installments. The player mainly plays NBA basketball games with real-life or customized players and teams. As such, games follow the rules and objectives of NBA basketball games. Several game modes are available for the player and many settings can be customized. The game contains many presentation qualities that are modelled on real-life presentation, such as crowd animations, commentary, pre-game, halftime, and post-game shows, camera angles, lighting, and player animations. There are eleven different commentators and announcers, including Kevin Harlan, Chris Webber, Shaquille O’Neal, David Aldridge, and Doris Burke. Different arenas have different commentary teams. The menus have also been modified. Wikipedia®