Skip to content
Home » Music » Native People: Figure It Out

Kent quartet Native People show off their evolved sound in new single ‘Figure It Out’, set to drop on 28th October 2016. Produced by Huw Stephens-approved collective The Citrus Clouds and Oz Craggs, the new track retains the band’s core essence whilst showcasing their versatility as they explore a new direction for their sound. The focus leans towards the marriage of 90s R&B, downtempo funk and sleek contemporary pop, reminiscent of Honne and Shura. ‘Figure It Out’ is a carefully crafted and well-timed release, as it perfectly reflects the change in tone and lifestyle between summer and autumn/winter. Gone are the days of full and aggressive drums, fleeting guitar arpeggios, driving discordant vocals, carefree living and summer romance. 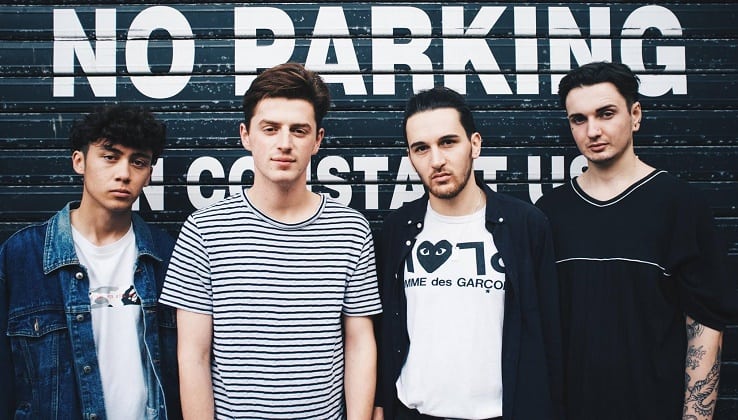 Instead we progress to the time of year characterised by long nights, melancholic and reflective lyrics and laid back beats. Singer Reuben Todd is the perfect narrator as his vocals are airy and sustained, perfectly complementing the sparse flanged guitar, ethereal pads and minimalistic, delicate percussion. All together they manage to sublimely convey the heartache and frustration but also the crucial desire to ‘figure it out’.

Native People: Figure It Out

2016 has been a big year for Native People, with their summer single ‘Call Me’ breaking into the top 10 on Spotify’s UK Viral Chart and being labeled “the sound of summer” by BBC Introducing’s very own Abbie McCarthey. In the past few months alone they have toured in Germany and Holland, played a plethora of festivals and headlined Club NME at the prestigious KOKO. This November the young band will embark on their first headline tour, stopping off at Bristol, Manchester, Brighton, Birmingham, Newcastle and London. Native People gained recognition for their pressing indie rhythms, beautiful guitar riffs and thoughtful vocals, now with the release of ‘Figure It Out’ on 28th October and their inaugural UK headline tour in November, the Kent four-piece will be bringing their 80’s inspired indie electronica and pure pop sensibility to the next level.

Native People: Figure It Out Lyrics: