Skip to content
Home » Music » Natalie Lurie: No Mercy in the Night

Natalie Lurie is a classically-trained harpist and singer-songwriter. She began her studies on the harp when she was six years old. In lieu of her senior year at high school, she studied at the Jerusalem Academy of Music and Dance and completed her Bachelors of Music at Indiana University under world-renowned harpist, Susann McDonald. Natalie has participated in international music festivals in France such as Académie Internationale de Musique and Féstival des Arcs where she studied with notable harpists such as Isabelle Moretti (Paris Conservatory), Isabelle Perrin (Ecole Normale de Musique), Germaine Lorenzini (Lyon Orchestra), and Marie-Pierre Langlamet (Berlin Philharmonic). In her senior year at Indiana University, she won the prestigious Harp Concerto competition and performed the Concerto di Aranjuez with the IU Concert Orchestra. Last year, she was invited to participate in masterclasses and perform at the 150th anniversary celebration of Lyon & Healy, the world’s leading harp manufacturers. 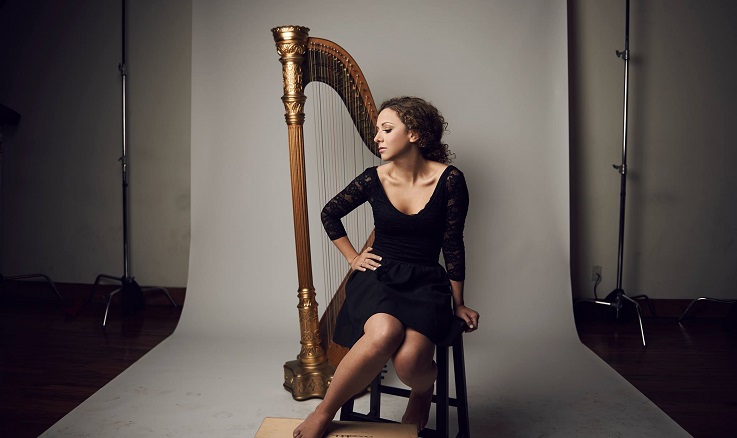 Natalie has had a long-standing interest in expanding the harp beyond its traditional classical genre. She has studied privately with premier Jazz harpist, Park Stickney and gained recognition for her instrumental pop arrangements on the harp. Her rendition of Adele’s hit Rolling in the Deep received over a quarter of a million views on YouTube, and her collaboration of Gotye’s Somebody That I Used to Know with percussionist Evan Chapman, earned the two a personal invitation from Gotye to meet him at his show in Chicago. In recent years, she has composed and performed her own songs, establishing herself as a singer-songwriter.

Natalie Lurie: No Mercy in the Night

In 2013, she spent several months recording at the legendary studio in Muscle Shoals, Alabama where she worked with original session musicians from the 1960s such as Spooner Oldham, David Hood, and Harvey Thompson (Aretha Franklin, Etta James). She currently resides in Nashville where she is an active singer-songwriter and session musician. Most recently, she recorded harp on Emily West’s (America’s Got Talent) record All For You. Natalie Lurie’s debut EP, produced by Dustin Ransom (Emily West, Ryan Bingham), draws influences from Bon Iver, Florence + the Machine, and My Brightest Diamond. The first single, “No Mercy in the Night,” will be released February 5.

Natalie Lurie: No Mercy in the Night Lyrics: