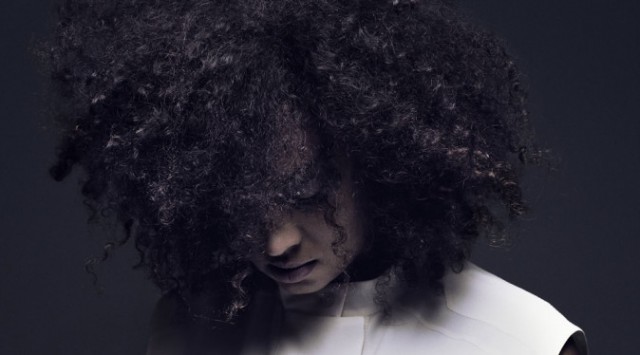 Naomi Pilgrim is Swedish, but owes her heritage – and a fair chunk of her life – to Barbados. In a sense, she’s an artist out of place: there’s the continual interplay between pop and underground, old and new, Scandinavian climate and Caribbean sunshine.

Swedish/Barbadian artist Naomi Pilgrim has unveiled her debut track “No Gun” and it’s damn good. Born in Barbados to a Barbadian father and Swedish mother, Naomi was raised in Sweden where she established herself as a budding musician and vocalist singing backup alongside Lykke Li.

Naomi Pilgrim – No Gun Lyrics:
(Verse)
I got tons of bullets but no gun
I’ve got the coolest shades but where’s the sun?
I found my soul mate but we’re screwing just for fun
Made it to the club but the band was done

(Verse)
12 hour flights, didn’t charge my pod
I memorized the Bible but there was no God
I made a bargain but the whole thing was a fraud
My heart says no but still I nod

(Chorus 1)
Seasons will come and go
Summer, sun will turn to snow
That’s all I need to know
Sometimes life just isn’t fun
Clouds turned over without none
I wouldn’t notice the sun

(Verse)
Got a gala invite, got no gown
I’ve got a brand new board but surf is down
Standard procedure but my surgeon was a clown
I used to smile a lot but now I frown

(Verse)
Had the sweetest bust but it didn’t last
So I popped some speed but it was way too fast
Seemed like a good idea, now my arm is in the cast
At least now I know I should just stick to grass

(Chorus 1)
Seasons will come and go
Summer, sun will turn to snow
That’s all I need to know
Sometimes life just isn’t fun
Clouds turned over without none
I wouldn’t notice the sun

(Chorus 2)
Go with their highs and lows
Like the rising standard slopes
As fortune comes and goes
I know that life ain’t fair
Got to be nice but I don’t care
The mirror says that’s too bad.

From Sweden to Barbados and back. From the West Indian heat to the Scandinavian coolness. Naomi Pilgrim is here.