Skip to content
Home » Music » Motrade: Kisses From An Archangel

Subsonic Foundation Records proudly presents Motrade‘s new EP called “Escape” which will be out on 10/02/17 and is the second EP of their debut album “Lovers & Angels”. After their first EP “Together We Grow” which was released in november 2016 the swiss electronica duo delievers a promising four track release that will make every listeners curious about their 14 track long album which will be released towards the end of march. Kevin & Anja, the members of Motrade produced their debut album in the last 21 months in their studio in the southern part of switzerland, being in the middle of the nature isolating themselves and focusing only on the sound of their album. 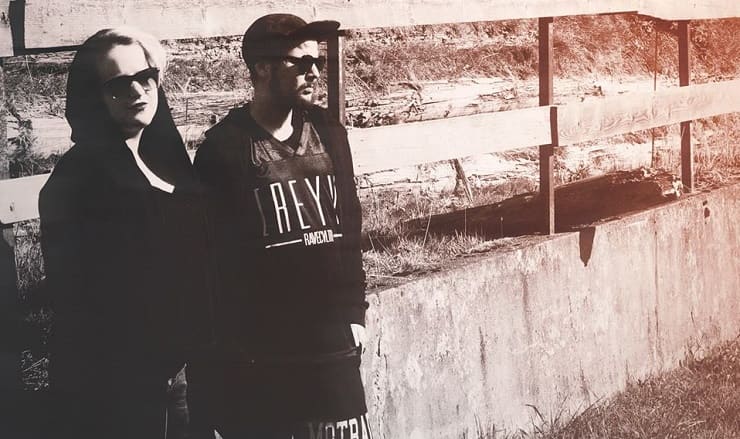 Their debut album is a mixture of deep emotional sound textures, melancholic synthesizers and vocal harmonies combined with dreamy guitar melodies and driven drum and rhythm structures that could be described as mix of Electronica, Indie or UK Indiedance. Over the last seven years the married couple have crossed many different genres and developed their own and meanwhile typical “Motrade Sound” using a mixture of analog and digital synthesizers as well as recording more and more real instruments such as guitars, bass or drums. 2017 will be the most important year so far for Motrade and in order to make the best out of it, they packed their stuff in Lugano(CH) and moved to Zurich(CH) in early january. Besides the release of their debut album, they also will go on tour as a two-men electronic band and play their album live all over switzerland and in europe. Soon the first tourdates will be announced.

Motrade: Kisses From An Archangel

Since a while they are working on a liveset that mixes the two facettes of being a musician together – creating and performing music. From the very beginning it was clear to them that pushing buttons as a live act is not what they are after, so it took a while until they developed a live setup that reflects their production environment but now with the progress of their album and the fact that their music has more and more a band characteristic they ended up with a perfect two-men band setup featuring live vocals, guitar, bass, keys and e-drum as well as 2 Ableton Push’s controller with which they trigger different clips but also sequence live patterns.

Motrade: Kisses From An Archangel Lyrics: