Welcome to a new world! Take on the role of a hunter and slay ferocious monsters in a living, breathing ecosystem where you can use the landscape and its diverse inhabitants to get the upper hand. Hunt alone or in co-op with up to three other players, and use materials collected from fallen foes to craft new gear and take on even bigger, badder beasts! In Monster Hunter: World, follow the journey of the elder dragons as they begin their once a decade migration across the sea to a land known as the New World in an event referred to by inhabitants as the Elder Crossing. As part of the Guild’s Research Commission, players must embark on a grand journey to this massive, mysterious land and uncover the secrets behind this phenomenon. As hunters set out on their quests, the Commission’s sights are set on Zorah Magdaros, a colossal elder dragon that rises from the earth like a volcano. 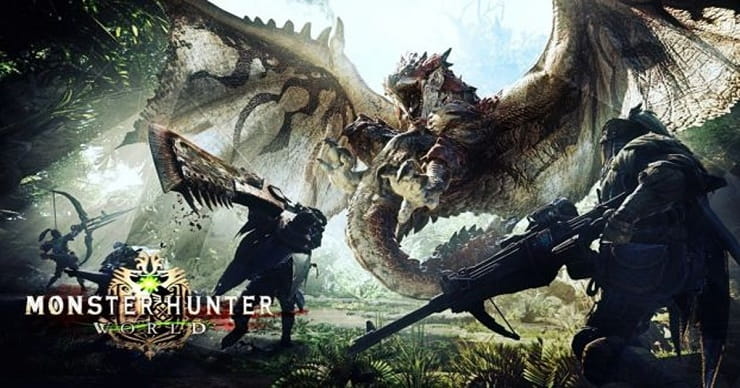 Monster Hunter: World sees players gear up to venture on quests to battle against fearsome monsters, progressively improving their hunting abilities as they play. Loot collected from fallen foes can be used to create new equipment and armor upgrades as players seamlessly move across map areas that comprise the living ecosystems. The landscape and its diverse inhabitants play a critical role as players strategically use the surrounding environment to their advantage. Hunters must use their cunning and abilities to survive the intense and evolving fights as they battle to become the ultimate hunter!.