Mona & Maria is a fantastic new duo from Oslo. They will soon be making their debut with the album My Sun. Mona & Maria’s music can be described as harmony-based pop with folk elements and great, and often grand, arrangements, but still with an acoustic feel. Their debut My Sun consists of 11 self-written songs. Mona & Maria tell us about the debut; “Something was let loose after we started working on songs that did not fit the sound of the band we were in. We strongly felt the need to create something more personal, and we started making melodies to something obscure that had been lying dormant in both of us. After a band breakdown, came a new musical need that we found in each other. We both were terrified of singing alone, but together we sort of found a third person to make us feel secure. We began experimenting with harmonies. It became our way of being together. After several rounds and recordings of these songs, the record started to take shape, and we found our soundscape by working with dynamics. We wanted to have both the low-key and intimate, and the grandiose and dramatic, to have both darkness and light at once. We wanted to make unpretentious arrangements that enhanced the lyrics and the melodies, and not buried them. The result was My Sun.” Mona Andersen (27) and Maria Knudsen (28) have already written songs together for many years, and both were central parts of the band Bazooka Boppers, with which they released two albums. After the band’s break-up in 2010, Mona and Maria continued playing together, and it worked out so well that they decided to move forward as a duo. The album was recorded at Engfelt & Forsgren Studio with Christian Engfelt (Cato Salsa Experience, Apricot and Turns, and as a producer Lionheart Brothers, Cheaters and more) as a producer, along with the girls themselves. Engfelt also plays the bass on a few of the songs. 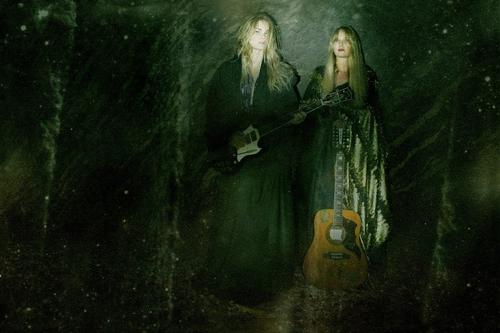