Might & Magic Heroes VII (commonly shortened to MMH7 or HOMM7) is a turn-based strategy game in the Heroes of Might and Magic series. Like the other games in the series, players control leaders with magical abilities termed as “heroes,” who recruit a variety of forces from strongholds. The heroes and their armies battle the opponents, who also use heroes to lead their forces. It features a campaign series of levels, standalone and multiplayer scenarios. The game takes place some 200 years after the events of Shades of Darkness, and ten years after the assassination of the Holy Empress Maeve Falcon (i.e. another 100 years before Heroes V). The story follows Ivan Griffin, Duke of Griffin Duchy, in his pursuit of the crown after the dissolution of the Falcon Empire; but to do so he must band together with a force of allies. One of which the world had not seen the likes of before. Wikipedia®. 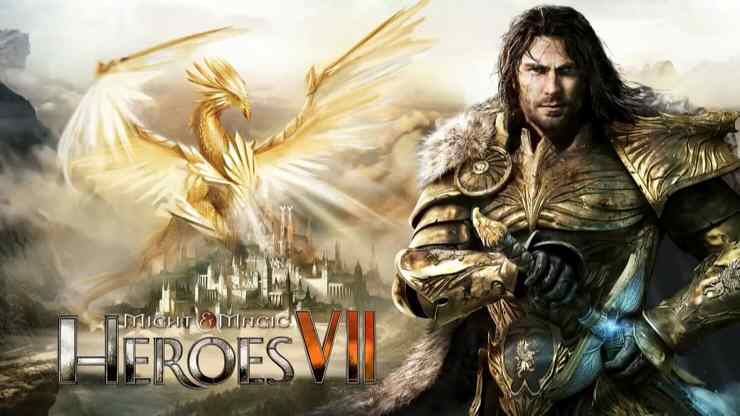 Our story takes place during a war of succession. The Empress’ murder has left a realm in flames with many hungry rivals ready to seize the throne by force. The Duke Ivan then calls together a prestigious council of six trusted advisors to restore order and end the conflict that set ablaze Ashan’s lands. Might & Magic® Heroes® VII makes a triumphant return bringing you the essence of turn based strategy gaming. Set in a fantasy universe with RPG progression with a strong story narrative, you will embark on a journey that you will never forget!