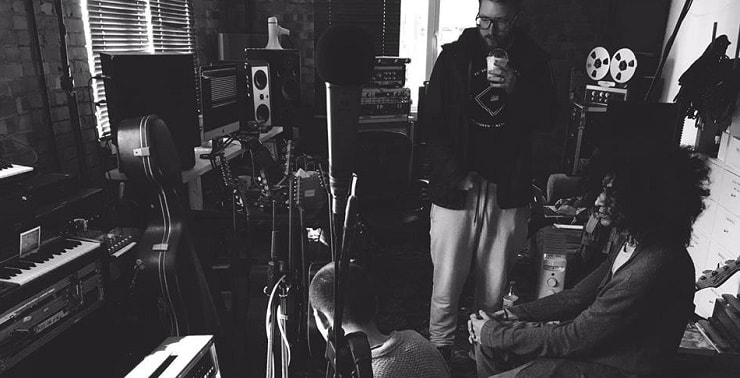 Born and bred in the capital, 27-year-old Jablonka has been gigging since the tender age of 14 as an in-demand guitarist for hire. Those to have enjoyed his dextrous services include Charlie Brown, Stooshe, Shakka and Delta Maid before fellow North Londoner and Brit-soul sensation Michael Kiwanuka came calling. Around the same time, Jablonka decided it was time to blaze his own trail as a bandleader and songwriter, collating a set of crack musicians and intense yet universal alt-rock’n’soul tunes that scream for wider appreciation. ‘Peacefully’ is the first of a dynamite double-A to be released by Lost In The Manor Records and is sure to bring on the kind of praise and popularity now enjoyed by Michael’s namesake and regular bandmate.

True to its rousing sense of urgency, ‘Peacefully’ erupts with a crunching overdriven riff coming on like Jack White here, Matt Bellamy there and the ghost of Hendrix himself throughout. Michael Jablonka melds his enthralling guitar runs to a whip-crack rhythm and deep layers of double-tracked melody, while projecting his magisterial vocal across a stone-walled anthem of a chorus. Three minutes later, this steamy electric-soul belter is spent, leaving the listener to wonder just exactly what hit them as they reach for the repeat button. “‘Peacefully’ is about separating yourself from a rough situation,” says Jablonka of the track produced by Ben ‘BJ’ Jackson at NXNE Studios in London. “Everyone is constantly in need of escapism.” Lucky then, that you’d be hard pressed to find a more immediate means of escape than this incendiary single.