Michael A Grammar are four young men from Nottingham. The songs on this, their debut Vitamin Easy EP, were written, recorded and produced over the course of a summer in hometown Brighton by childhood friends Joel Sayers and Frankie Mockett. “Much of the writing process was about experimenting with different sounds and recording techniques,” say the duo. “A lot of the sound is owed to recording in the cold, eerie rooms of a Victorian coach-house, as we wanted to use different spaces to bring an atmospheric sound to the songs.” Their sound is informed by Ultimate Spinach, Stone Roses, Clinic, David Bowie, Roxy Music, Pink Floyd, Pixies and Broadcast (whose song Michael A Grammar gives the band their name). Michael is “the alien lovechild of too many sunny weekends spent indoors listening to Joy Division and Radiohead”. The sound of the four tracks here is transcendent, spacious and quietly anthemic – The Beta Band on Ritalin. The EP name, Vitamin Easy, comes from one of the duo’s songs that was lost when a computer crashed. Though it’s not on the EP, they found their unique sound – and these songs – in the pursuit of re-creating it. This 12” vinyl release marks the first of a series of EPs from the band due for release in 2012, a year which will also see Michael A Grammar take to the road. “Instead of the layered sound on the EP, our live set is heavier and wilder,” say the band, who interpret the synths and atmospheric electronics of their recorded sound with live guitars, drums and bass. They also employ visuals by friends Tom Stoke and Luca George, who supply Vitamin Easy’s stunning graphic artwork. 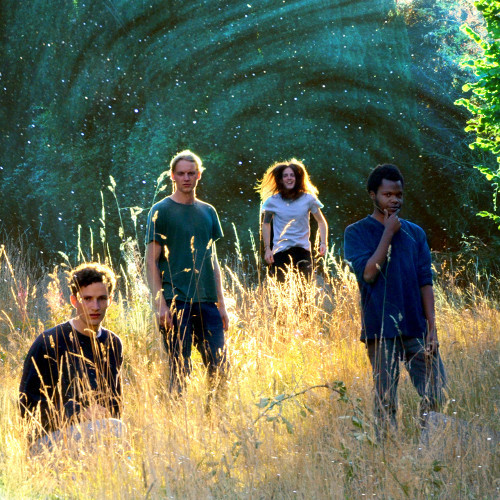