Men of War (Behind Enemy Lines 2: Desert Fox) is a 2009 real-time tactics video game and the sequel to Faces of War. Players issue orders to and/or take direct control of soldiers on a simulation-driven battlefield. The game takes place during World War II and its single-player campaign features battles set in Europe, the Soviet Union, Greece, and North Africa across three different campaigns for the Allies, Germans and Soviets. Japan was introduced as a multiplayer faction in a patch. Men of War is a real-time tactics game in which players complete military objectives. It focuses entirely on military tactics and special operations and does not feature base building, research, or resource gathering. Unit recruitment features in multiplayer, but is rarely enabled in single-player. Wikipedia®. 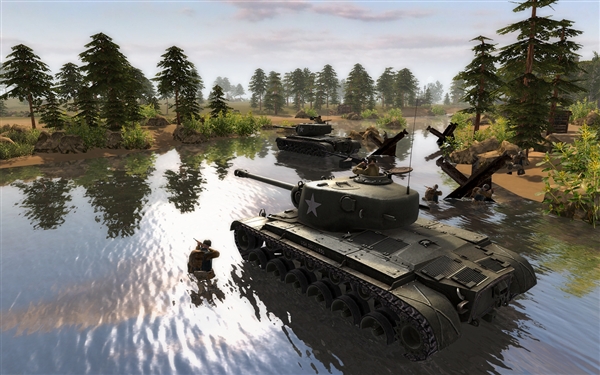 Men of War Trainer (+8) Options:
Trainer for the tactics game Men of War, you can use it to activate these essential cheat Codes: Infinite Health, Infinite Stamina, Get Massive Fuel, Infinite Ammo, Disable CP Limit, Get Massive Cost Points, Inventory Modifier, Toggle Zoom Modifier. Note: This cheat tool is for the original version v1.11.3 of the game Men of War.