Manchester-based four-piece Mayflower was born in 2014. The band’s early chemistry spawned a host of original material, not restricted to one style, but displaying broad influence and a clear focus on the importance of crafting their songs. In just a matter of months, the band has headlined Night & Day Café, sold out The Castle Hotel and performed a live session track on the Introducing Show on BBC Radio Manchester. Mayflower’s second demo, The Dice Man, has received extensive support on the Introducing Show and the group have received praise from Michelle Hussey and Natalie-Eve Williams for the strength of their songwriting. 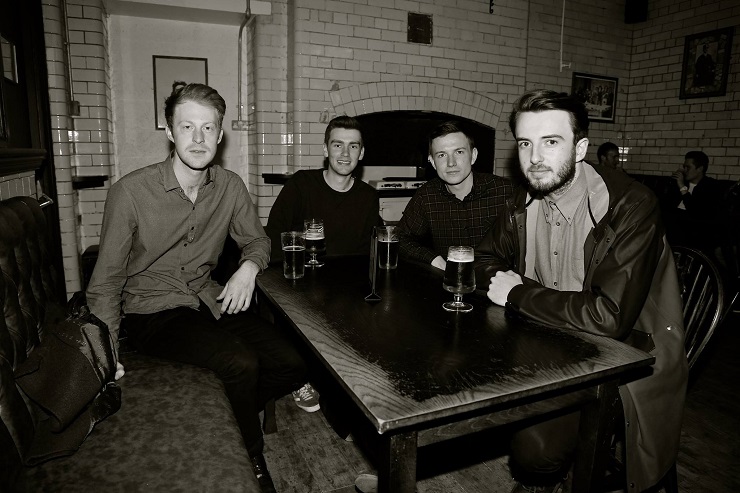 The early part of 2015 saw the band recording their first demos and they quickly gained the attention of Michelle Hussey and Natalie-Eve Williams at BBC Introducing in Manchester with their second offering, The Dice Man. The track received extensive support from the pair, who were effusive in their praise of the band’s songwriting and the maturity in their sound. Mayflower subsequently performed their new demo Many Clouds live on the BBC Introducing show, which again received extensive airplay, whilst Steve Lamacq at BBC 6music expressed his interest in featuring the track.

Despite their relative infancy as a group, a key characteristic is the level of craft and attention to detail in their songwriting, which has seen them compared to esteemed groups such as Arcade Fire, The Coral and The La’s, whilst there is also a discernible sense of individuality to their sound. This is typified by the band’s latest demo Sienna, a swooning and emotive 4-minute journey, carefully constructed around subtle layers of melody and atmosphere, which received its first play on Manchester’s BBC Introducing show on 3rd October.