Matt LeGrand spent his infant years in France and at the age of seven years old, his family relocated to Chicago. As he grew older he found himself exploring the wide variety of musical inspirations that the windy city had to offer. The exploration didn’t stop there, he found himself actively learning a wide variety of instruments, from the guitar to the drums, even dabbling with songwriting; it didn’t take much for him to completely fall in love with the craft itself. But it was his experimentation with different bands and duos in college that finally inspired him to find a sound all his own. His dalliance in the spotlight has been wildly successful, with an ever growing fan-base who call themselves The Legrand Girls, the social media maverick continues to generate anticipation surrounding his music with the release of his debut single, “All Good” 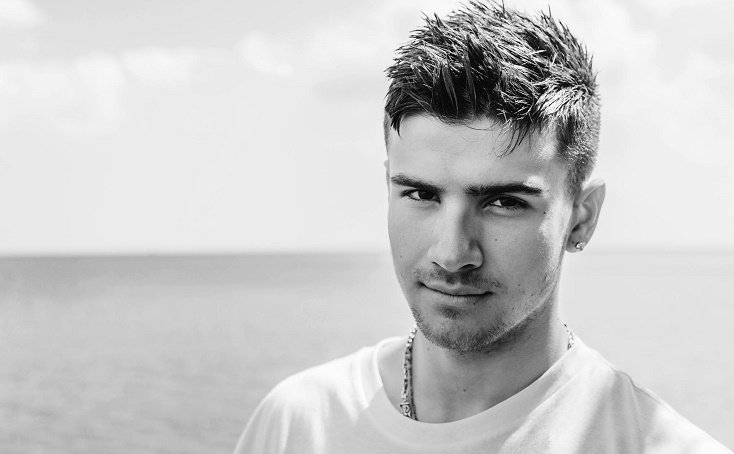 Matt LeGrand possesses an unforgettable charismatic energy on his debut single “All Good.” A sleek mix of Zedd style, Drake, and a hint of that Justin Bieber feel, Matt has crafted a unique sound that’s entirely his own. The single blasts off with a booming beat, Matt’s vocals creating an unforgettable melody that flows fluidly across the slick synths. A slow groove radiates with wild energy, capturing the feel of a spring break party complete with a chorus of cheering voices that undulates under pulsing movement. Matt has discovered a sound that speaks to his generation, a mysterious mix of danger and romance that is impossible to resist. This perfect summer single will be on repeat throughout these hot nights and languid days.

A frequent face on the Chicago club scene, Matt LeGrand’s unforgettable melodies and charismatic personality have garnered him an ever growing fanbase. In 2015 LeGrand experienced a meteoric rise grabbing the attention of tastemakers at MTVU, where his music was played on a consistent rotation which lead to a nomination for MTVU’s The Freshman video contest. On his newest track “All Good” LeGrand experiments with a whole new sonic landscape. Dipping his toes into chillout pop vibes, a sound growing in popularity thanks to artists like Zedd, Kygo and even Selena Gomez, it’s a fitting feel for this kiss-off track. Bumping beats hum under his warm, free flowing vocals and laid back Caribbean vibe, as he bids farewell to a lover that can’t make up her mind. It’s the kind of track you can bump and groove to, creating an atmosphere of energy and excitement with every turn of the beat. Check out Matt LeGrand’s new single, “All Good.”