Marvel vs. Capcom: Infinite is a fighting video game developed and published by Capcom. It is the sixth main entry in the Marvel vs. Capcom series of crossover games. Like previous installments, players control characters from both the Marvel Comics and Capcom universes to compete in tag team battles. Infinite features two-on-two fights, as opposed to the three-on-three format used in its preceding titles. The series’ traditional character assists have been removed; instead, the game incorporates a tag-based combo system, which allows players to instantly switch between their two characters to form continuous combos. It also introduces a new gameplay mechanic in the form of the Infinity Stones, which temporarily bestow players with unique abilities and stat boosts depending on the type of stone selected. Wikipedia®. 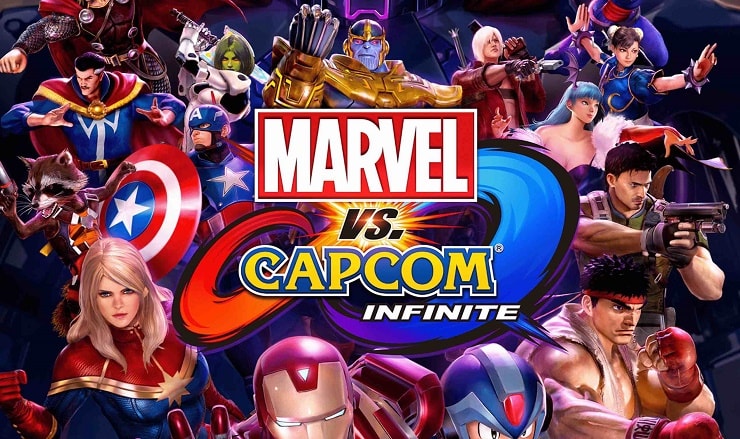 The epic clash between two storied universes returns with Marvel vs. Capcom: Infinite, the next era of the highly revered action-fighting game series. Marvel and Capcom universes collide like never before as iconic characters team up for action-packed player-versus-player combat. Imagined and created through a shared vision between the two companies, Marvel vs. Capcom: Infinite will feature a variety of exciting and accessible single player modes and rich multi-player content for new players and longtime fans alike. In addition to single player Arcade, Training and Mission modes, a visually stunning and immersive cinematic Story Mode will put players at the center of both universes as they battle for survival against a sinister new threat, Ultron Sigma. Marvel vs. Capcom: Infinite is being built to highlight a combination of iconic locations and fan favorite characters from both universes, including Captain Marvel and Iron Man from the Marvel side, and Ryu and Mega Man X from Capcom.